Caithness at Eling, Marchwood and Totton

family history is closely associated with the environs of Eling, including Marchwood and Totton, in Hampshire.

James Caithness (ca 1786-1826) lived at Marchwood with his wife Ann b Scorey; their five children were baptized at St Mary’s Church, Eling, between 1815 and 1826. During some of those years, James snr was waterman and ferryman at Cracknore Hard. His widow Ann Caithness lived at Totton until her death in 1889. 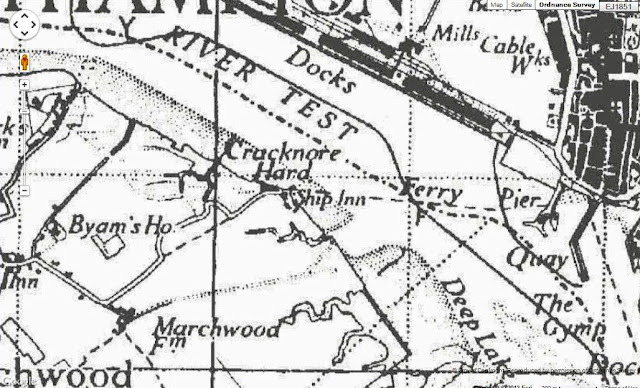 Eling (the parish is recorded in the Domesday survey) has a long tradition of shipbuilding and seafaring. timber – oak and beech in vast quantities – supplied local shipbuilders from the Middle Ages onwards. Oak was used for hulls of ships, beech for masts. During James Cathness’s time, the era of the Napoleonic Wars, ships were being built here for the Royal Navy. 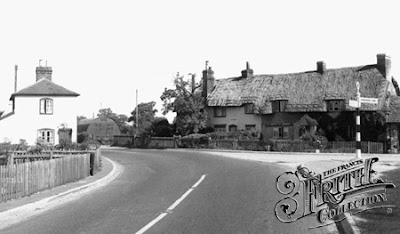 But there was more to Marchwood than quiet, narrow country lanes. The area was a vital strategic site: in 1812 a depot was constructed for 20,000 barrels of gunpowder. One wonders how the residents of Marchwood felt about living in close proximity to a powder keg; later generations certainly complained.

The threat of French invasion in 1779 and the advent of Napoleon on the European stage brought about reform in the way gunpowder was stored and issued in . Up to that time, powder was kept in old fortifications or more recently constructed vaults in various parts of the country. In 1811 the decision was taken to increase the number of depots and to build more permanent storage. Marchwood was the largest of four new magazines.

Gunpowder at that period was stored in barrels each containing 90 lbs of powder. It was originally intended to store 20, 000 barrels at Marchwood all in one large magazine. Later, three separate magazines were constructed as far apart as possible to minimize the danger of explosion. Each held 6, 800 barrels. A canal was used to move the barrels by barge from magazine to magazine. There were also other buildings which served as receiving and examining rooms, all within a perimeter wall, and put up between 1814 and 1816.

Earth banked blast walls and high walled enclosures protected each building. An office and guard house and a barrack block were built on , Marchwood. There was a rolling stage, a raised planked barrow way, built out to a landing stage in deep water. A sea wall was added fronting Southampton Water and returning along the Creek.


The depot closed briefly in 1850 but was reopened during the outbreak of the Crimean war and in 1856-57 four new and larger magazines were added. The Royal Naval Armaments Depot, Marchwood, continued in use for the storage of munitions into the 20th century. Stocks of munitions were reduced after World War II and the site was finally decommissioned and closed in 1961.**

Magazine A is the only one of the original magazines at Marchwood to survive; the others were destroyed in 1940. Today the buildings and walls are rare survivals of Georgian military works; though some require restoration they are of historic importance, a tangible reminder of the era when ruled the waves.
It’s not impossible that among the tasks James Caithness might have undertaken when he was a waterman at Marchwood was transporting gunpowder. Whether he was involved in such risky business or kept to ferrying passengers, by the look of the contemporary advertisement below, at least he could have popped in to the Ship Inn for a ‘heavy wet’ at the end of a busy day.