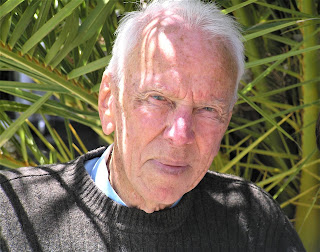 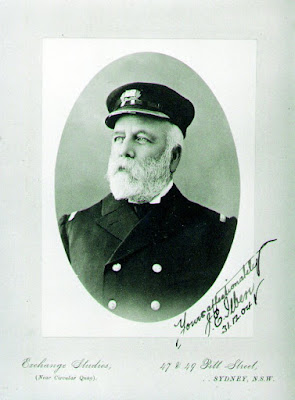 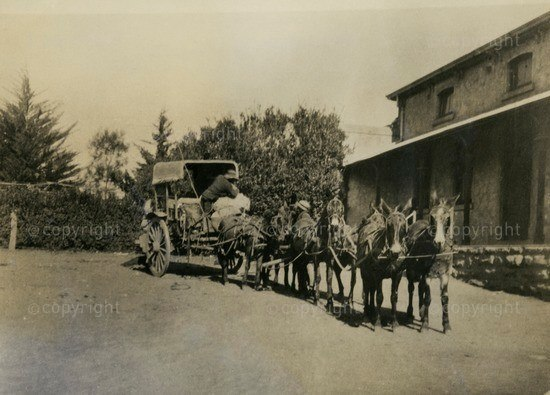 [Thanks to Melville Hoffman, the owner of the photo, for permission to publish it on Mole's Blog.] 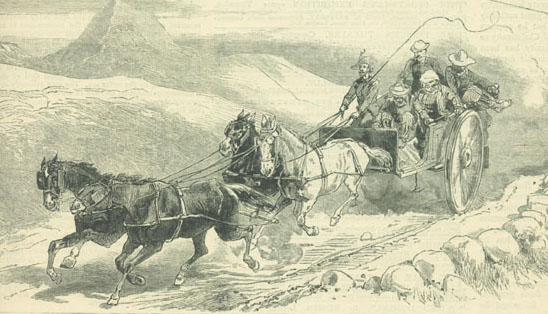 Selected passenger lists from The Natal Witness for year 1880 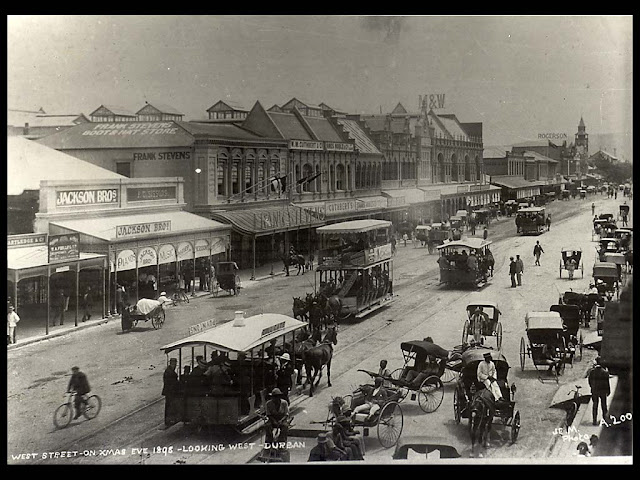 Christmas in the Army


The following is an adaptation from an undated magazine article in Strand Magazine. The regiment in question is not named so for the purposes of this article let us call them the 2nd Battalion Rutlandshires. 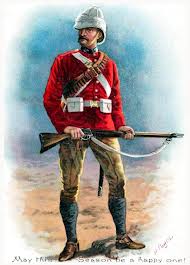 Life in Victorian times was a tough undertaking, many men ‘escaped’ into the Army which was only marginally better in conditions and attitude. Christmas Day occurs every year and so Christmas Day 1879 dawned for the 2nd Btn Rutlandshires. Every season has its own sense of importance but preparations for this day of days takes a special turn in attitude and feeling. The officer class and enlisted men largely drop their class differences and become soldiers in barracks at Christmas. The General Return Of the Army in Victorian times shows some 223,000 enlisted men and many of these saw service in foreign lands for up to 20 years or so.

‘Beg pardon, sir, the men would like to drink your health’. ‘Thank you, Colour Sergeant’. ‘Sherry or port, sir?’ -  advancing to the two black bottles put aside for this very purpose, trying to recall what each one contained. ‘Whatever comes first, Colour Sergeant,’ retorts the ‘Just a little though, if you please’, knowing he and his party will go through this more than once today. ‘A Company Attention!’ bellows the Colour Sergeant in a stentorian voice, ‘I propose the good health and long life of the Colonel and all the officers. Pte Jones, keep your hands off that plum duff for half a minute.’ Many heartfelt epithets are sounded, the Colonel is well loved by his men and his reply follows:  ‘Men of A Company 2nd Rutlandshires, I am much gratified at the honour you have bestowed on me, enjoy yourselves and have a very happy Christmas.’ At this point he picks up his sword and leaves with his party to the next Company where this is repeated once again. A great deal of toasting and well wishing continues throughout the day. Pte Jones tucks into his plum duff barely looking at the falling snow which appeared as if on cue. The Colonel retires to his quarters as do the officers and Sergeants to celebrate the Festive Day in their own manner. Much smoking and merriment ensue from the men, singers are encouraged to exercise their talents and problems are forgotten. At nightfall some of the men get into walking out dress and pursue the taverns of the town, the barracks now largely deserted. At 9:30 pm a roll call is taken and three quarters of an hour later the duty bugler plays ‘Lights Out’ on a crisp and white barrack square, thus proclaiming the official end to Christmas Day 1879.

My good wishes to everyone and a worry-free Christmas to all,

Passengers to Natal by the Sir Robert Peel 1854

The Sir Robert Peel was the first steamer to enter the Bay of Natal, in 1852. This engraving shows the important occasion, with crowds gathered to welcome the ship. In the background is
the Bluff - no lighthouse at that date. 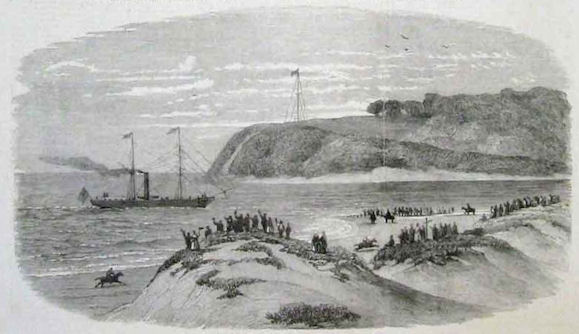 Some passengers' names are provided for the 'Imperatrice Eugenie' but 250 rank and file of a British Regiment on the transport Himalaya are, as usual, not given.

The port is shown to be very busy, with a wide variety of sizes and types of vessels arriving, departing and expected. Some ships are 'outside' i.e. waiting in the roadstead for conditions favourable to entering the harbour - including depth of water over the Bar.