The Union Steamship Durban from England June 4th, arrived yesterday at 1 p.m.
Note: The anniversary of the Prince Imperial's death. 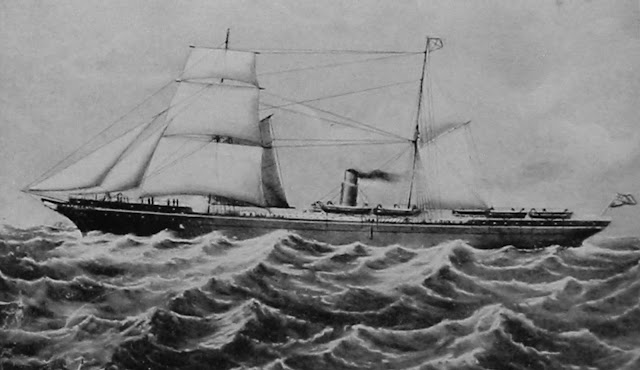 The URMS 'African' arrived at the outer anchorage from England early on Thursday morning, after a very good voyage. She had on board 60 immigrants - 20 men and 10 women and children. The men are carpenters, blacksmiths, farm labourers, engineers, gardeners and joiners, and the women, housekeepers and domestic servants. This is one of the largest numbers of immigrants that has as yet reached Natal in one ship and we have little doubt that we have to thank Mr Walter Peace, the acting immigration agent in London, for such a large and respectable class of immigrants as landed at the Point yesterday. Mr Peace has this year been instrumental in sending out a total we believe of 200 immigrants. Early yesterday Mr. Reid of the Immigration Depot went out in the 'Union' and boarded the 'African' for the purpose of looking after those who were arriving here under the Immigration Act and in a short time the 'Union' landed them safely on to the wharf. Some friends of the immigrants were present, but there were some more who found themselves on a foreign land without those who required their services being there to receive them. For such parties Mr. Reid had made preparations by having tents erected on the Market Square for their reception, and it speaks well for the friendship formed by this large body when we mention that in no instance was a poor stranger allowed to enter the tents; those who had found friends kindly looked after their less fortunate fellow passengers, and in a short time they were all distributed throughout the town in boarding-houses. They spoke highly of the treatment they received while coming out. An infant, aged a little over a year, died on the 18th of April. Mr. Reid performed his task admirably and was careful to see all the immigrants provided for before he retired from his work. The names of the passengers will be found in our shipping column."

* 'AFRICAN' (1) 1873 built by Key, Kinghorn, 2019 tons, was employed as a mail steamer between England and the Cape until 1881 when she was transferred to the South African coasting service. Four years later she was purchased by F. Stumore and Company of London, who retained the original name of the vessel. On February 15th 1887 when bound with a cargo of coals from Cardiff to Jeddah, she ran ashore in the Red Sea at Abu Madaff, 40 miles from Suakim, and became a total wreck.[ Source: 'Ships And South Africa" by Marischal Murray (OUP 1933) ] 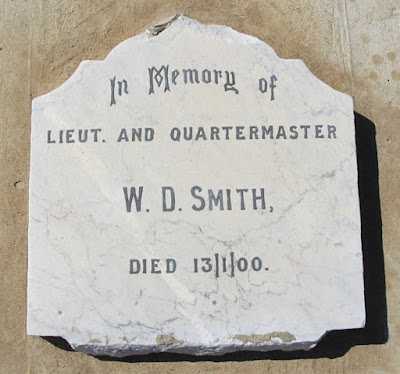 William's memorial at Intombi Cemetery near Ladysmith. Unfortunately,
due to vandalism or to animals wandering through the cemetery, the top
part of the memorial, a cross with the BMR logo, is now missing.
William's stepson Alexander Anderson's memorial, below, shows the cross
in place, with the BMR boot and spur insignia. 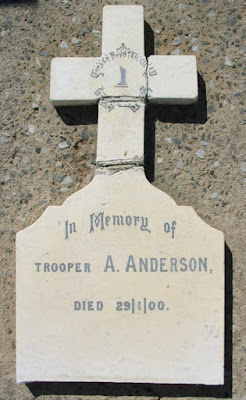 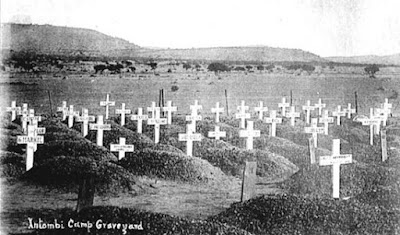 PASSENGERS for Natal per Balmoral Castle The "Times" on Basutoland
A Land-slip at Bengal.
Death of Grace, The Cricketer
(Per Webster's Agency)
Cape Town, Oct 15, 11.13 a.m.
The Arab arrived this morning.
The London Times considers the position in Basutoland very grave, and adds: - "It is of course morally impossible that were Cape forces unable to quell a serious rising we could tolerate the serious blow to our prestige of allowing any sort of victory to the Basutos, and were the war protracted and expensive a burden would be imposed on the English Treasury. No pressure that can properly be put upon the Cape Government in the cause of moderation will be deemed unduly strong."
A land-slip has occurred at Nainatal, Bengal, carrying away several houses, and killing and injuring a large number of Europeans.
Nothing important from Afghanistan, General Roberts is at Quetta.
Mr G.F. Grace, the cricketer, is dead. Settler Chronology at a Glance

The list below does not include all settlers who arrived in .
Some emigrants arrived in smaller groups, which may not have been as well documented as the larger groups. Individual ancestors who emigrated without government aid are less easy to trace. Military Arrivals - some soldiers elected to remain in .


*An emigrant exits a country and becomes an immigrant on arrival at destination.


This steamer of Donald Currie's Line sailed from London for Natal on 26 October 1880, carrying 15 recruits for the Natal Mounted Police. All the men were single; their ages are given, as well as their previous occupations. 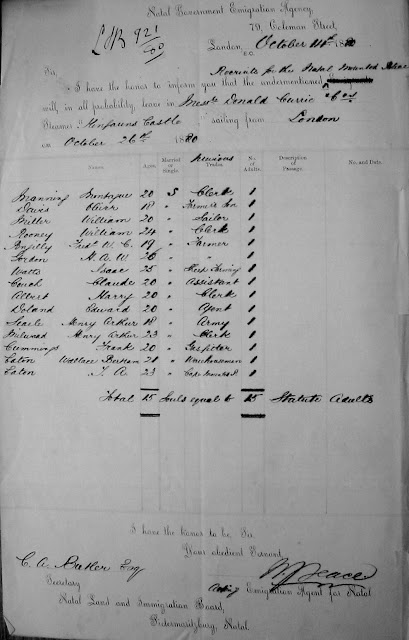 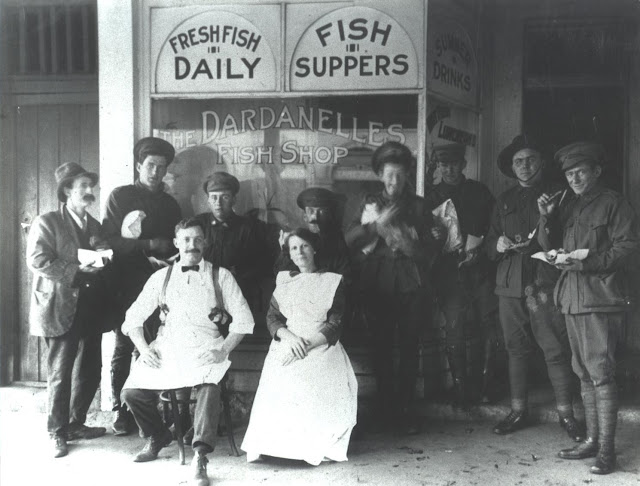 The Dardanelles Fish and Chip Shop, owned by George Stephen Leader (Gadsdon, before he changed his surname). George named the shop after the Dardanelles campaign* in which he took part during World War l.

Born in Islington, London, in 1882, George Stephen Gadsdon lied about his age to get into the Royal Warwickshire Regiment: he was 15 at the time but stated he was 18. This circumstance led to his being discharged from the Regiment a month after he enlisted. He then joined the 6th Dragoon Guards, saw action in the Anglo-Boer War in South Africa and later went to Australia where he changed his surname to Leader.He survived several major battles of World War I including Ypres: his battalion (2nd Australian) lost 90% of their number at Gallipoli. George was wounded twice during his military career and also suffered the effects of mustard gas in France from which he never fully recovered.

If anyone knows any more about George, descendants researching the family history would be pleased to hear from you. Make contact through Mole's Blog.


*In March 1915, during World War I (1914-18), British and French forces launched an ill-fated naval attack on Turkish forces in the Dardanelles in northwestern Turkey, hoping to take control of the strategically vital strait separating Europe from Asia. 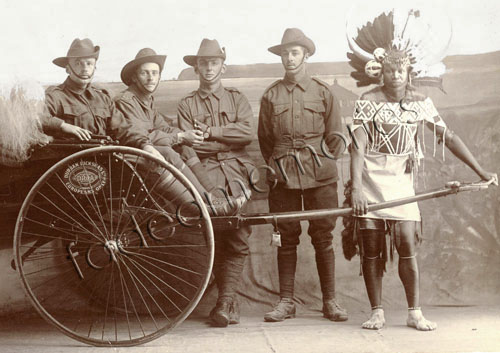 Australian soldiers and ricksha during World War I at Durban. The Bluff
in the background

PASSENGER LISTS FROM THE NATAL WITNESS 1899