By this time Captain Bell had been offered a position as Harbour Master at Port Natal, though with the inevitable colonial bureaucracy there would be some delay before he was able to take up the appointment officially, followed by a dispute over his job description and remuneration. Bell, never one to bow the knee, stuck to his guns, returning to the coastal mariner's life until matters at Natal were arranged more appropriately.  Bell and his family (at that stage his wife and 4 children) finally sailed for Natal on the Douglas on 19 January 1850 to start the new phase of their lives.
Posted by Mole at 3:03 PM No comments: 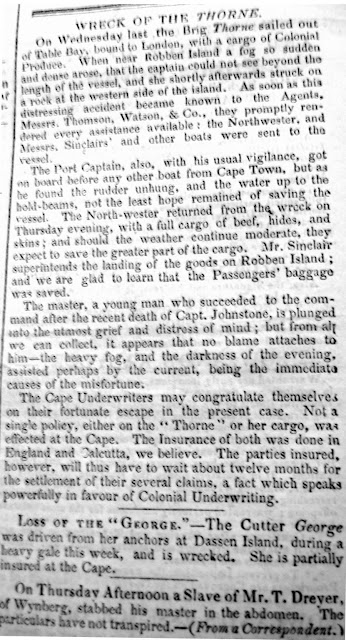 Transcribed below for easier reading:

On Wednesday last the Brig Thorne sailed out of Table Bay, bound to , with a cargo of Colonial Produce. When near a fog so sudden and dense arose, that the captain could not see beyond the length of the vessel, and she shortly afterwards struck on a rock at the western side of the island. As soon as this distressing accident became known to the Agents, Messrs. Thomson, Watson & Co., they promptly rendered every assistance available: the Northwester, and Messrs. Sinclairs’ and other boats were sent to the vessel.

The Port Captain, also, with his usual vigilance, got on board before any other boat from , but as he found the rudder unhung, and the water up to the hold-beams, not the least hope remained of saving the vessel.  The Northwester returned from the wreck on Thursday evening, with a full cargo of beef, hides and skins; and should the weather continue moderate, they expect to save the greater part of the cargo.  Mr. Sinclair superintends the landing of the goods on ; and we are glad to learn that the Passengers’ baggage was saved.

The master, a young man who succeeded to the command after the recent death of Capt. Johnstone, is plunged into the utmost grief and distress of mind; but from all we can collect, it appears that no blame attaches to him – the heavy fog, and the darkness of the evening, assisted perhaps by the current, being the immediate causes of the misfortune.

The may congratulate themselves on their fortunate escape in the present case.  Not a single policy, either on the Thorne or her cargo, was effected at the .  The Insurance of both was done in and Culcutta, we believe.  The parties insured, however, will thus have to wait about twelve months for the settlement of their several claims, a fact which speaks powerfully in favour of Colonial Underwriting.

Acknowledgement to veteran researcher Sue McKay for all her photography and transcription work, of which I was one grateful recipient. 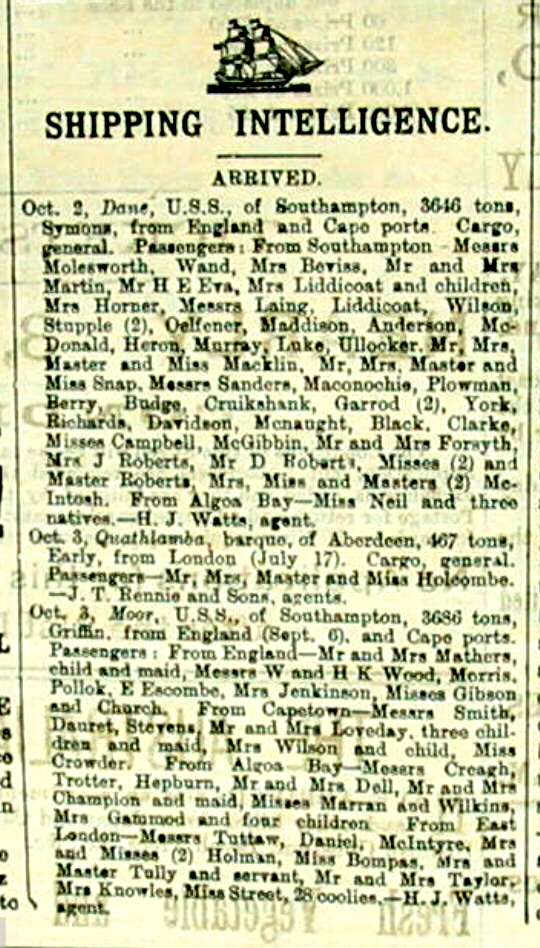 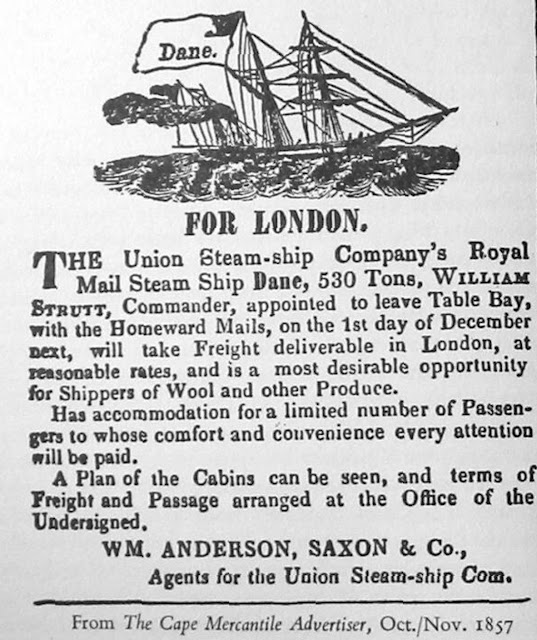 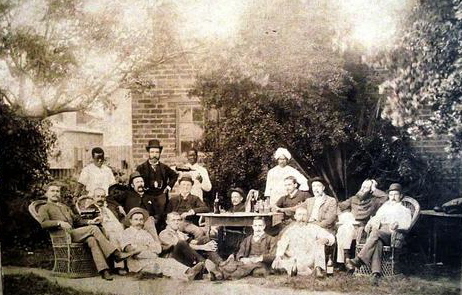