If you are just starting to put a toe gingerly into the murky waters of South African family history research, take a look at the Beginners' Guide on this Blog:

This offers useful tips on sources and procedures to be followed during your search, giving an introduction to the topic - where to start and what your aims should be. What is a deceased estate, what is the difference between a Death Notice and a Death Certificate, how to obtain certificates in South Africa - and much more. 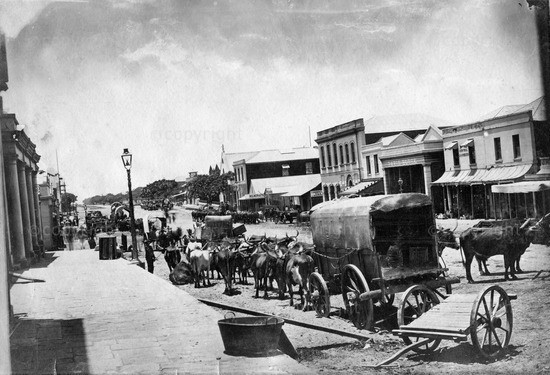 
It is 107 years ago on 15 December that the Lutine Bell pealed, announcing the loss of SS Waratah.

‘On 15 December 1909, the Waratah was officially posted as missing. Lloyd’s of London’s most famous symbol, the Lutine Bell was rung, heralding the announcement of the loss of the SS Waratah to underwriters and brokers. This action from Lloyd’s of London was profoundly final.’ 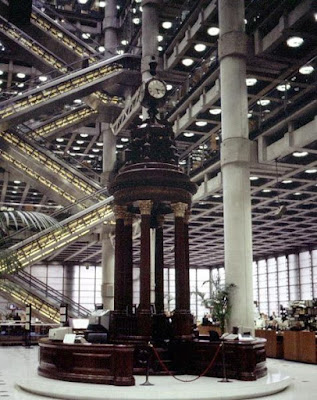 Interior view of the Lloyd's of London, London
showing the Lutine Bell, housed in the Rostrum.

In the main Underwriting Room of Lloyd's stands the Lutine bell, which was struck when the fate of a ship "overdue" at its destination port became known. If the ship was safe, the bell would be rung twice; if it had sunk, the bell would be rung once. This had the practical purpose of immediately stopping the sale or purchase of "overdue" reinsurance on that vessel. Nowadays it is only rung for ceremonial purposes, such as the visit of a distinguished guest, or for the annual Remembrance Day service and anniversaries of major world events.

Costume in early Natal: the hunter

Costume of the settler era in Natal

This is probably a tintype: a tintype, also known as a melainotype or ferrotype. This is a photograph made by creating a direct positive on a thin sheet of metal coated with a dark lacquer or enamel and used as the support for the photographic emulsion. Tintypes enjoyed their widest use during the 1860s and 1870s, but lesser use of the medium persisted into the early 20th century and it has been revived as a novelty in the 21st.
Tintype portraits were at first usually made in a formal photographic studio, like daguerreotypes and other early types of photographs, but later they were most commonly made by photographers working in booths or the open air at fairs and carnivals, as well as by itinerant sidewalk photographers. Because the lacquered iron support (there is no actual tin used) was resilient and did not need drying, a tintype could be developed and fixed and handed to the customer only a few minutes after the picture had been taken.
Although prints on paper soon displaced them as the most common type of photograph, the tintype process continued to enjoy considerable use throughout the 19th century and beyond, especially for casual portraiture by novelty and street photographers. In South Africa, travelling photographers to be found producing tintypes in mining camps and other temporary 'towns', carrying all the necessary equipment in a wheeled cart - a portable 'studio'.