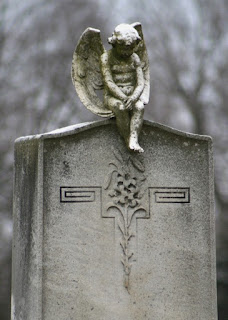 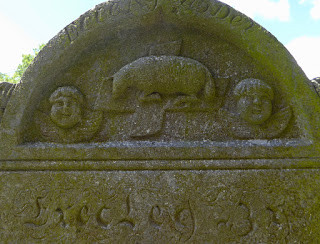 Lamb of God with Angels 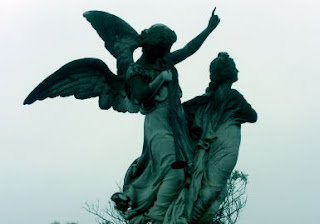 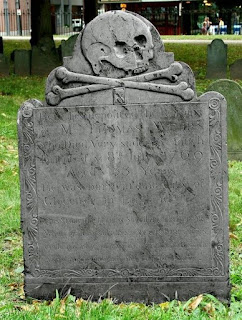 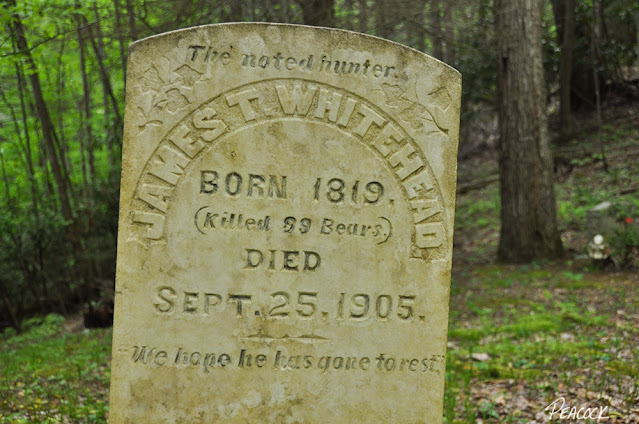 Remembered for killing 99 bears. A dubious claim to fame. 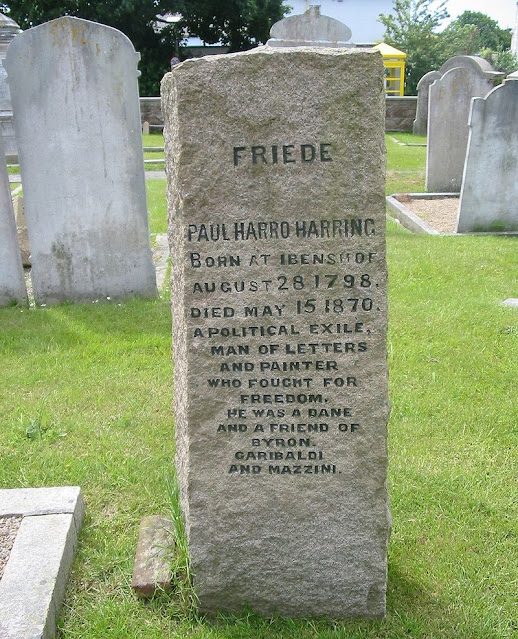 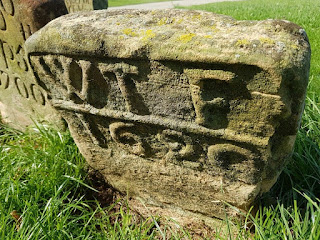 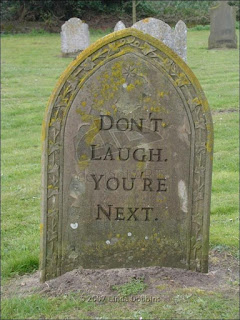 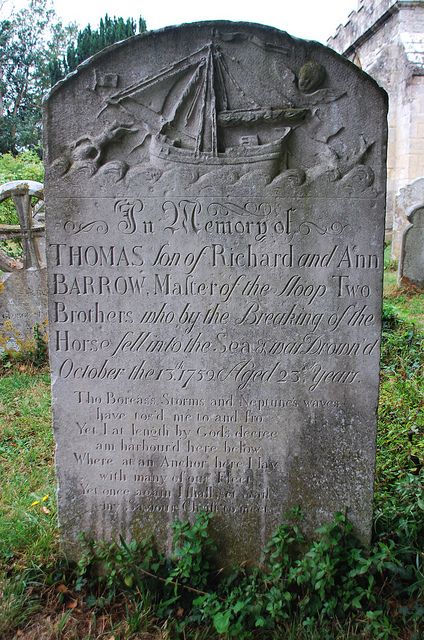 Informative Memorial for a Mariner 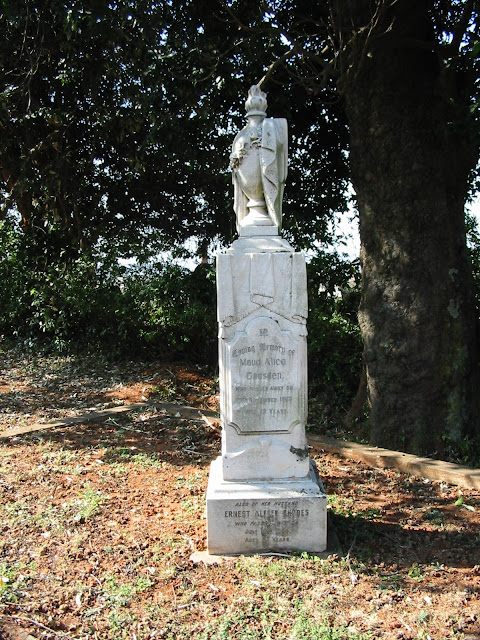 The Gadsden family plot at Stellawood Cemetery Durban. The side visible in the photo shows the names of Maud Alice Gadsden (my grandmother) and Ernest Alfred Rhodes (her great uncle). Sydney Bartle Gadsden's name appears on the other side of the memorial.

After the cross, the urn is one of the most commonly used cemetery monuments. The design represents a funeral urn and may symbolize immortality.

Cremation was an early form of preparing the dead for burial. In some periods, especially classical times, it was more common than burial. The shape of the container in which the ashes were placed may have taken the form of a simple box or a marble vase, but no matter what it looked like it was called an urn.

As burial became a more common practice, the urn continued to be closely associated with death. The urn is commonly believed to testify to the death of the body and the dust into which the dead body will change, while the spirit of the departed eternally rests with God.

The cloth draping the urn symbolically guarded the ashes. The shroud-draped urn is believed by some to mean that the soul has departed the shrouded body for its trip to heaven. 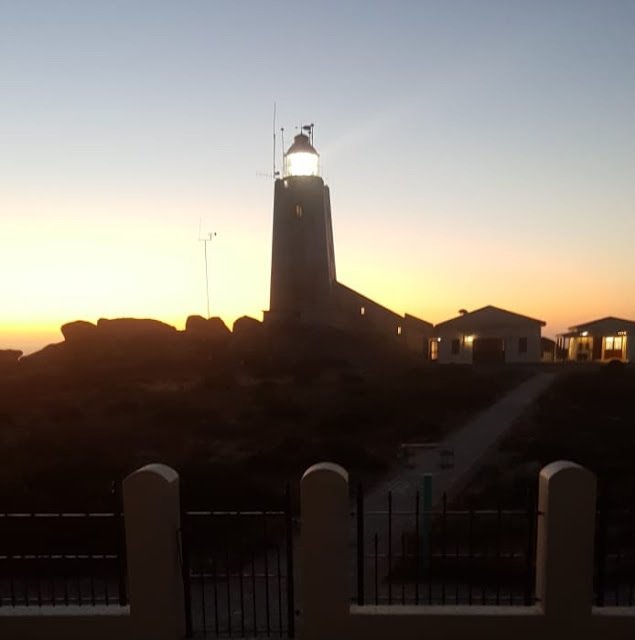 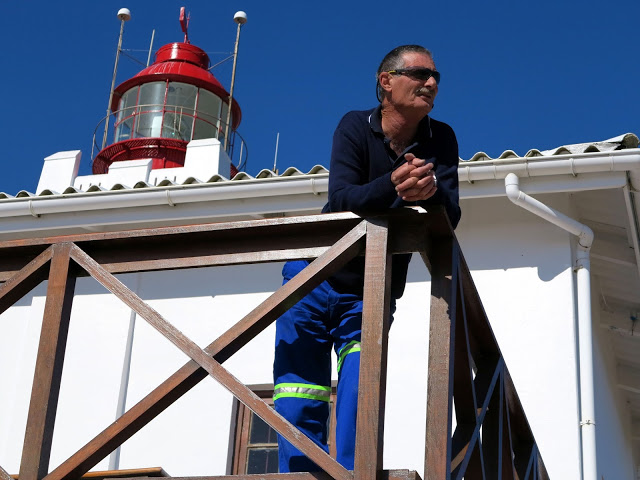 Japie Greeff, veteran South African lighthousekeeper and contributor to these pages, sadly passed away yesterday morning. He will be much missed by all who knew him as will his wonderful stories about his life as a Keeper at various lighthouses along our dangerous coastline. 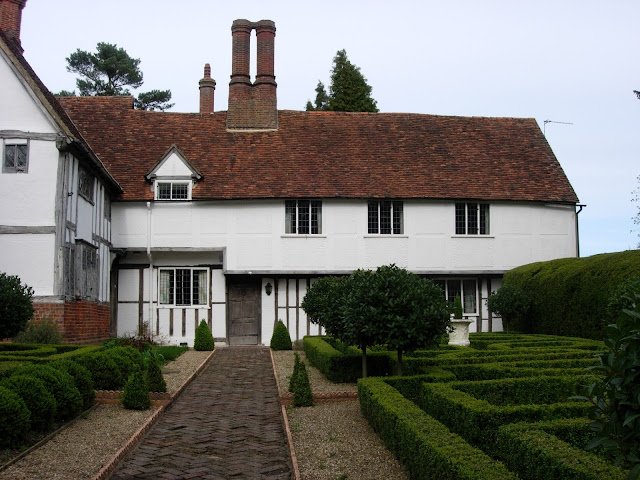 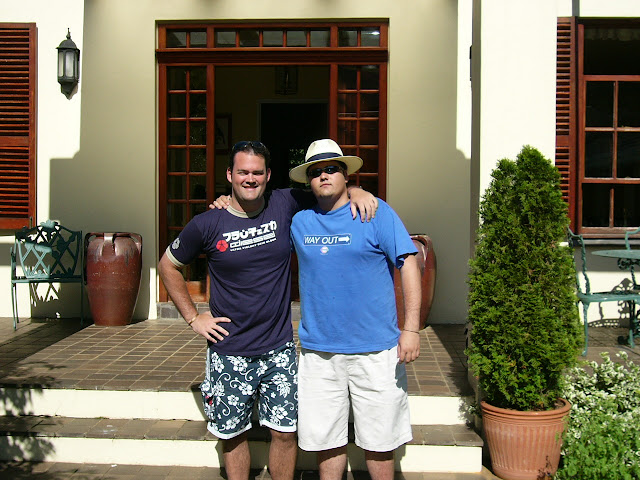 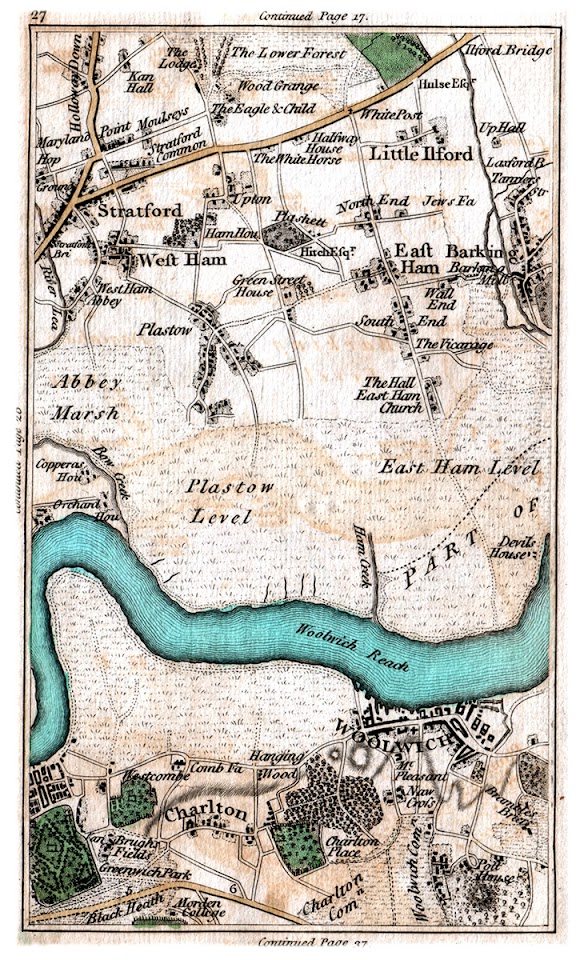 West Ham lies on the east bank of the River Lea and so before inexorable growth ... it was the last place in Essex before London and the first staging post in Essex from London … The great Roman road between London and Colchester was diverted through Stratford in the 12th century when Bow Bridge was built.
The largest settlement in West Ham, , developed due to two factors: bread and cattle. Corn from  was brought to the many windmills and watermills along the Lea and its back rivers. Flour from the corn was turned into bread using ovens fired with wood from , which then stretched down almost to the .  bakers were exempt from City guild controls and were frequently in court for giving short measure. Cattle were brought to  from the eastern counties for slaughter or onward transit to , and tanning and other leather-based industries developed there. The presence of a large monastic foundation with many royal connections, Stratford Langthorne Abbey, no doubt attracted further wealth to the area.
The River Lea was the stimulus for further early industrial activity. Silk-weaving and calico-printing were undertaken in the 17th and 18th centuries and Bow porcelain was made in  in the mid-18th century. Distilling and gunpowder-making were also important.
The rest of the parish comprised a scattering of small agricultural hamlets which included Plaistow, , Forest Gate and Upton. The marshland in the south of the parish was used for grazing cattle and pasturing horses. Places like Upton and Plaistow were pleasant enough rural retreats to attract City merchants who built substantial houses there. By the late 19th century the separate hamlets of Plaistow, Stratford, Upton, Canning Town and Forest Gate had merged in a sea of bricks and mortar and West Ham was the eighth largest town in Britain.’
It would be unrecognizable today to John and Mary Ann Gadsden as the picturesque rural spot where they spent the halcyon days of their early married life, and where their first two children were born. By 7 November 1828 they spent some time at Clapton, as shown in the register of St John Hackney, where their daughter Mary Rochenda was baptised, having been born in the July of that year.  She died aged only four months and was buried 24 November 1828, also recorded at St John Hackney.
Their next child, another daughter, Emily, was born in July 1830 in , , where a new chapter of this  family unfolded. 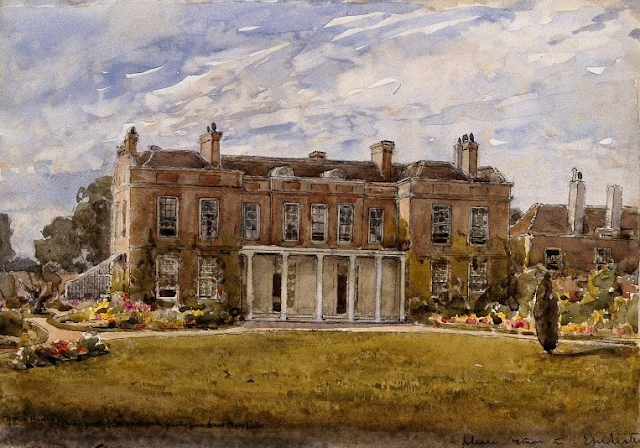 My great great grandparents, John Gadsden (1794-1853) and Mary Ann Bone, were married at St John Hackney on 27 March, 1821. However, by that year there was a ‘New Church’.* At the time the couple were living at Upton House, West Ham [see watercolour, partly after a photograph, partly after a sketch by Mary Lister; source Wellcome Library]. Their eldest son, Moreton Champness Nevins Gadsden was born at Upton House.
Upton House was situated on the opposite side of Upton Lane to Ham House, which was also, confusingly, known as Upton House for a short time in the eighteenth-century.  It was typical of a number of fine seventeenth- and eighteenth-century houses built in West Ham as country retreats for City merchants and businessmen.  Upton House (that is, the one the Gadsdens lived in) was rebuilt in 1731 and was the birthplace of (Lord) Joseph Lister (1827-1912), the founder of antiseptic surgery.  It was demolished in 1968.’ [Source: From  ‘Britain in Old Photographs: Stratford West Ham & The Royal Docks’ by Stephen Pewsey  pub: Sutton Publishing Ltd 1996]
Clearly, if Joseph Lister was born at Upton House in 1827 it is reasonable to suppose that the Gadsdens had moved elsewhere by that date. John and Mary Ann re-emerge in the City of Waterford, Ireland, where John was a provision merchant. He and his brothers Charles Edward Gadsden and James Eyre Gadsden apparently left England and went to live in Waterford where all three produced children as baptismal records show. It is possible that John at least 'commuted' between Waterford and London, as ties with West Ham and Hackney continue until 1828 when John and Mary Ann’s daughter, Mary Rochenda, aged only 4 months, was buried at St John Hackney on 13 November of that year.
Posted by Mole at 7:21 AM No comments: