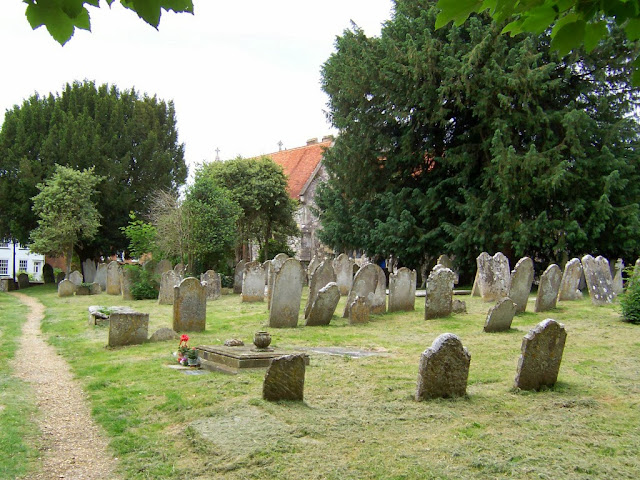 St Mary’s, Totton: note the stones facing the same way, towards the east. Somewhere in front of them would be the headstone of the incumbent facing his flock, just as he would have stood before the congregation during church services; he is ready to lead them at the sound of the Last Trump.

This ties in with Christian belief: Then the man brought me to the gate, even the gate that looketh toward the east and I saw the Glory of God  [Ezek 43:1]

However, the symbolism could be traced much further back than Christianity.

More on the origins of grave orientation at
http://wiki.answers.com/Q/Why_are_graves_always_facing_east_in_cemeteries