Mariners: Caithness and the Flying Dragon 3

The reports of Flying Dragon’s disastrous fire at the end of July 1854 were still fresh in public memory when she was again in the news.

Incredibly, within a matter of months the vessel was involved in a second fire. The headline, ‘Loss of the Flying Dragon’, would have given readers a sense of déjà vu as they perused their papers over breakfast.

An account in the Graham’s Town Journal was repeated in the Hobart Town Daily Courier on 16 July 1855 after the usual colonial time lag:

Loss of the Flying Dragon: This vessel, which put into Simon’s Bay some months ago [July 1854], having a fire smouldering on board, was entirely consumed by the same destructive element on Tuesday last, when a youth, the son of the master, Captain Caithness, unfortunately lost his life. She had been surveyed and was expected to put to sea on Tuesday next. The unfortunate youth who perished on the occasion had previously encountered another narrow escape. He was on board the Sea Gull when she ran ashore in , and by a miracle escaped being knocked overboard when another vessel came in collision with her on that occasion.

The Liverpool Daily Post of 12 June 1855 offers a precise date: ‘Cape of Good Hope, April 19, The Flying Dragon, , in ballast*, was burnt to the water’s edge in Simon’s Bay yesterday. Crew, except captain’s son, saved.’ 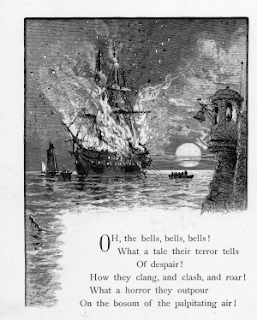 It seems the second fire took place on the night of 18 April 1855. The use of the same phrase as in reports of the first fire – ‘burnt to the water’s edge’ - adds to a measure of confusion arising from the vessel’s two similar but separate tragedies. Initially it was stated that the Flying Dragon had been scuttled after the damage sustained in the events of July 1854. How then could she have been about to put to sea again in April 1855?

Subsequent to the first fire, an enterprising businessman by the name of Suffert had purchased the Flying Dragon’s hull and instituted extensive repairs on the vessel. The considerable sum outlaid for this work would be covered as Suffert confidently expected to make handsome profits employing the Flying Dragon in taking settlers to Australia, with James Caithness as Master.

The second fire put an end to the plan and cost the life of ’s son. Although the latter is not named in contemporary accounts, this was in all likelihood Alfred Douglas Caithness, at twelve old enough to be learning the ropes crewing aboard his father’s ship. The boy had been involved in the Sea Gull wreck the previous July but had emerged unscathed. Now James endured the loss of a child in awful circumstances as well as the bitter disappointment of losing another ship. It’s not impossible that this double blow hastened James’s own early death, at the age of forty-five, five years later.** 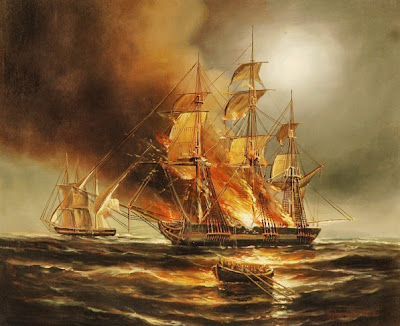 Suffert apparently continued his interests in ocean transport: in 1858 he sent the Colonial Office a tender for conveying emigrants to .***

The Flying Dragon press reports dispel any doubts that it was James Caithness who was captain of the Sea Gull in July 1854 and there is a hint that James’s acquaintance with Suffert may well have been linked to the Sea Gull’s carrying passengers to , though the gale prevented that particular voyage.

Reference to the death of Captain Caithness’s son in the second Flying Dragon fire, the presence of the same boy in the Sea Gull incident, together with the absence of a burial record for Alfred Caithness are all strong pieces of evidence underpinning this chapter of the Caithness story.


*      i.e.  with no cargo loaded
**    it is a guess that the boy was Alfred, but it's significant that no records of Alfred’s burial have been found;
James jnr (christened James Edward) was the eldest son, then aged 16, but he did not die young.
***  Messrs H and E Suffert of Cape Town; the Suffert brothers were in partnership