Making the most of deceased estate file contents 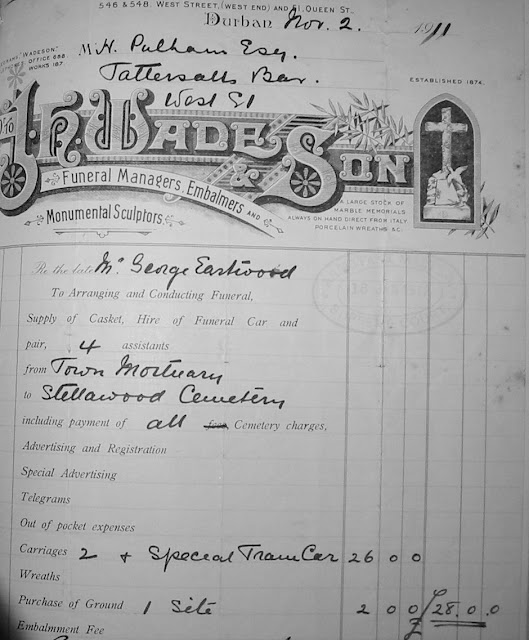 I've said it before and I say it again for those who missed it: when viewing or ordering copies of the contents of deceased estate files, look at ALL the documents contained therein - or ask your helpful researcher to do so. Each piece of paper has the potential to offer information so don't be tempted to stop at the Death Notice.

An undertaker's invoice, like the one shown above, may offer place of burial (in this case Stellawood Cemetery) as well as the details of the obsequies and their cost - 2 carriages and a special tram car at 26 pounds. The site was purchased for 2 pounds.

The burial should be listed in the Stellawood Cemetery handwritten registers (held at the cemetery) for November 1911, though probably wouldn't add further information. 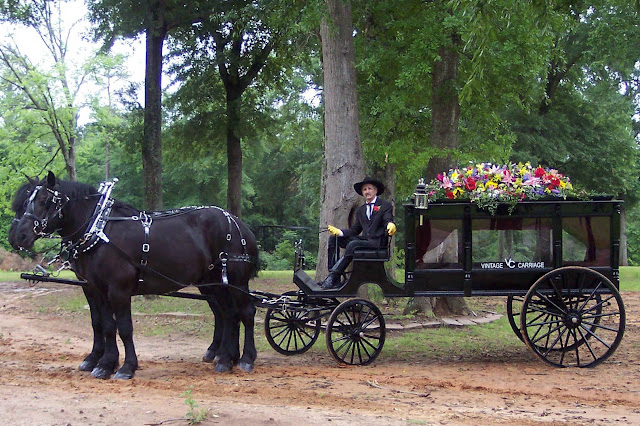 Passengers to Natal: Lapland and African 1880

The D.C.S. Lapland arrived here this morning at daybreak with the mails of the Kinfauns Castle, and a few passengers. The Fox landed these at 8 o'clock. She brought the following Passengers:

For Natal:
Miss Christian
Mr and Mrs Buxton and 4 children 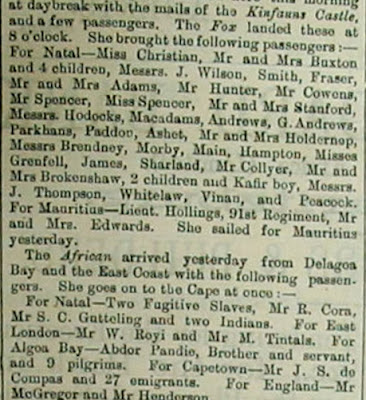 The African arrived yesterday from Delagoa Bay and the East Coast with the following Passengers. She goes on to the Cape at once.

For Algoa Bay:
Abdor Pandie, Brother and servant, and 9 pilgrims.

*regrettably not named; the 9 pilgrims are similarly anonymous
** this word Kafir (one 'f') did not have an opprobrious meaning at the time and meant 'heathen' 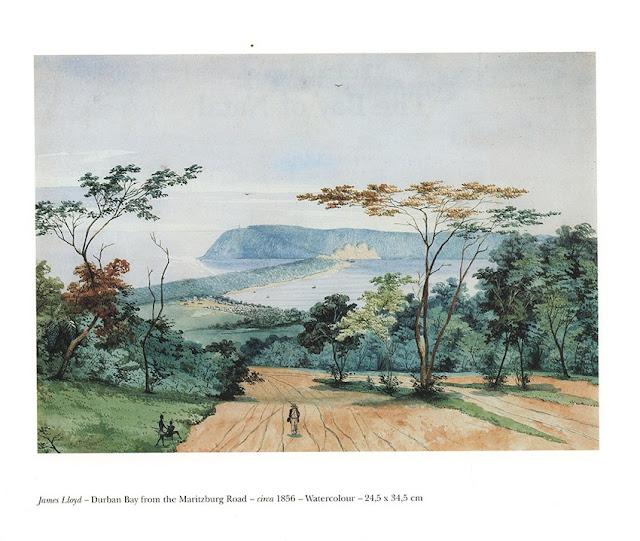 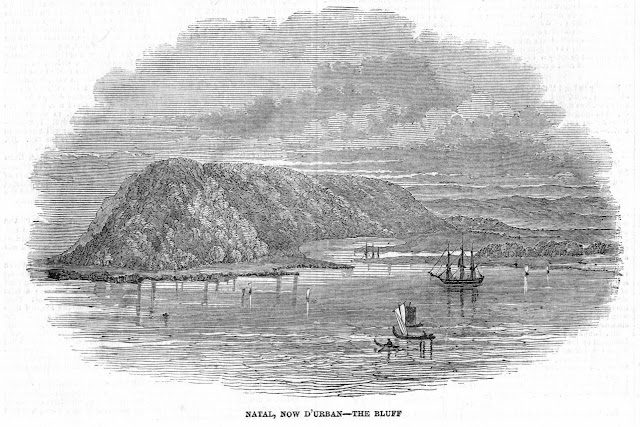 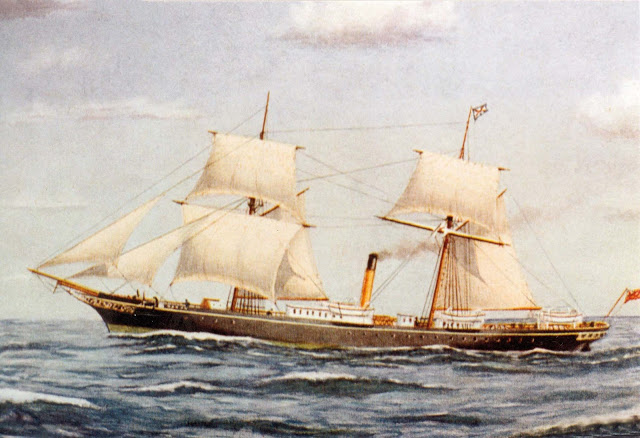 FROM THE NATAL WITNESS 1871

The eternal problem of finding one's ancestor on a passenger list, particularly heading for South Africa, continues unabated. First, we have to accept that few if any original sources were made for the benefit of family historians of the future. And in the case of passenger lists, we have to accept that their accuracy - if they exist at all - must remain questionable. They will also not give full, inclusive details - e.g. initials are often not given, names of children may be omitted etc.

The passenger list of the schooner Anne, 1854, quite early in terms of Natal's history, shows us the usual practice of not naming members of the military travelling by ship. You can lose a lot of ancestors that way. We are left with '15 soldiers' - no further identification given.

Children's names are not given either - and in this instance the adults have no initials. There seems to be far more interest in the vessel's cargo than in the people it carried. It is probable that nothing further would be gleaned from a sight of the original handwritten list held in Pietermaritzburg Archives.