Was your ancestor on the Waratah?

The pilot, Lindsey, went on board at C Shed and the tug Richard King shepherded the Waratah out of Durban Harbour. Early the following morning, near Port St. John's, the Waratah overtook the Clan MacIntyre which had also left Durban the previous day for England. Signals passed between the two ships, identifying each other's names and where they were bound. The Waratah remained in sight of the Clan Macintyre for about three hours and at about 9.30 a.m. about 12 miles off the Bashee River mouth, the Waratah was lost to view below the horizon.

She was never to be seen again. Her fate remains one of the greatest mysteries of the sea.


Josiah Ilbery, the Waratah's Captain, was 69 when he was lost along with his ship. He had been with Lund's line for forty years. The son of Walter Ilbery and Eliza Vachel; he was christened at Saint Peter's, Church Street, Liverpool, Lancashire 13 Jul 1840. At the time of his application for his certificate his address was given as Egremont, Cheshire and his birth date as 22 June 1840.


Captain Ilbery was for many years on the England-Australia run and maintained his contact with members of the Ilbery family in New South Wales (where he owned land) and Victoria. During his long maritime career, he commanded most of Lund's new ships as they came onto the run. 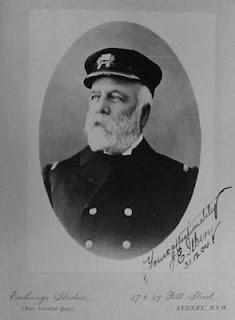 The earliest of Lloyd's Ship's Captain's Registers shows his birth at Liverpool 1840 and that he obtained his certificate in 1865. His first command was Lund's clipper Mikado in 1868, voyaging to China, Japan and the Oriental Archipelago. While master of the Mikado, Ilbery was recognised by the US Government for the rescue of the Grace Clifton. He later commanded the Serapis 1878 and Ocean King in 1879, then in 1880 took command of the Delcomyn, first steamship of Lund's line, on the Cape Australia route. While with this vessel, Ilbery was instrumental in the rescue of the boat's crew of SS Koning der Nederlanden.

For the last thirty years of his life he commanded steamships plying between England and Australia. Before taking command of the Waratah, he was on the Geelong in 1904.

It's likely that Josiah Ilbery was related to William Ilbery, a famous watchmaker working in London who produced exquisitely enamelled and decorated watches for the Chinese market from ca 1780. There were other Ilberys in the watchmaking profession.


A list of passengers on the Waratah's final fateful voyage from Durban can be viewed on this blog at:
http://molegenealogy.blogspot.com/2012/07/was-your-ancestor-on-waratahs-final.html 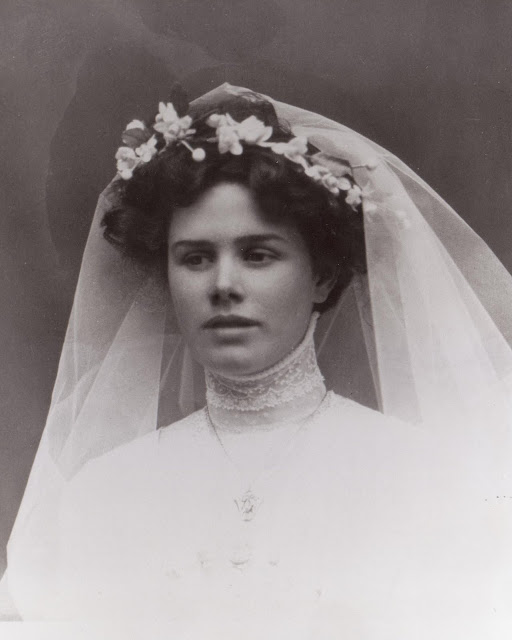 Alice Armstrong photographed on her wedding day, 18 July 1910, St Michael's Church, Observatory.
Born Alice Mary Harriet Weston on St Helena on 27 February 1885, she was the 2nd child of George Weston, a Corporal in the Royal Engineers, and Ann Maria Sim, born Bagley on the Island in 1859 and widowed in 1881. Ann Maria married George Weston in St John's Church, Jamestown, 8 August 1882.
Posted by Mole at 9:30 AM No comments:

Many St Helenians came to the shortly after the abolition of the slave trade in 1832 because there was a shortage of labour in the Colony.
Between 1873 and 1884 the Cape government shipped 22 232 St Helenian immigrants to the colony. The  Emigrants Advice Office was established in London in 1887, through which financial support was provided by the government to employers of artisans and domestic labour. The newcomers from St Helena moved into relatively empty areas east of the city such as District Six and became overcrowded before the turn of the 19th c.
St Helenians integrated with various South African communities - European, African, Malay, Khoi, Chinese - and the local freed slaves, as well as slaves who had been liberated by the British Western African Squadron from slaving vessels which were still trading illegally after the abolition of slavery.

'My aim is to get people to come and tell us their stories. I was always interested in searching my family tree. I've heard so many people say they have ancestors from the island. My paternal grandmother was from the island. Our motto is: We do know our roots.'

Merle mentions: 'My research has shown that St Helenians arrived in the Cape from 1795 until 1949 when SA barred St Helenians from entering. Also, note that that the total of 22 232 immigrants stated above would have included mostly temporary residents of St Helena who were freed off slaving vessels.'


Anyone wishing to know more or to share information is welcome to contact Ms Martin by email:
saint.helena.island@gmail.com or phone 021 7018422

Did you know that implexion is the term for the ‘pruning’ of a family tree in earlier generations? Coined by  Cecil Humphery-Smith OBE over fifty years ago, to describe why we do not have more ancestors than the world’s population at that time, it simply means that an individual can appear in more than one position in the tree.

Robert C. Gunderson also called it ‘Pedigree Collapse’. In twenty generations, an individual would have 220 ancestors, but the more generations back, the less likely it is that there were enough people alive - unless some of them were the same. Instead of a binary tree, the result of pedigree collapse is a directed acyclic graph. Many genealogists find cousin marriages in their trees, often to such a distance that the couple themselves did not know they were related, yet it reduces the number of ancestors in the tally.

The effect can be particularly strong in isolated communities such as islands, persecuted communities, and within royal families. Indeed, some members of royal families, such as Alfonso XII and Charles II of Spain, have been shockingly inbred, to the extent that Charles II was likely to have had more copies of the same genes from each parent than if they had been brother and sister. That resulted in genetic disorders because there was no ‘good’ copy of a gene to counteract the ‘bad’ copy. For the rest of us, of course, pedigree collapse is a natural phenomenon that has no harmful effect- beyond depriving us of the occasional branch to hunt.