What happened to the Waratah?

Everyone has their pet theory as to the disappearance of the Waratah. While we will probably never know exactly what happened on that fateful voyage after the ship left , theories continue to be offered, adding to the aura of Waratah’s mystery. 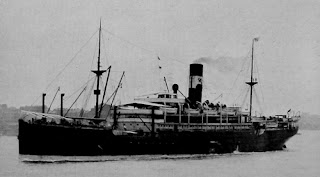 1909:  S.S.Waratah, flagship of the Blue Anchor Line, leaves harbour on 26 July for , where she is expected to arrive on 29 July. On the next day she signals the ship Clan Macintyre in passing but then, in what becomes one of the enduring mysteries of the sea, she vanishes together with 92 passengers, 119 crew and 6500 tons of cargo. Among the passengers are prominent businessman David Turner, his wife and their five children. (The whole Turner family was lost which led to Turner's partner John Cochrane-Murray taking over Turners Shipping which is still owned today as part of the Turner Group by his grandson. My grandmother went to school with a girl who was lost with her mother on the Waratah while her father and sister were motoring to to meet them.)
[Jackson Allan Facts about Durban (2nd ed. 2004) pg 26 ]

Following the disappearance of a 10 000- ton passenger liner the Waratah, off the South African coast in 1909, an earlier incident involving the Norham Castle was related in a letter to the press by a Mr. Hermann Flugge :

In January 1888, we left  [on board the ] with only 12 Passengers, and, after being a sea for a day and a half, we had the misfortune to break our propeller, and the worst was that the screw smashed our rudder, so that we were helpless.
Our gallant Captain rigged up a yard and sails, and we were drifting for weeks, and the  was given up for lost here and at Home [].

Not one but half a dozen ships came in sight, but as soon as we signalled our distress, the vessels turned out of our course .... I remember when our Captain assembled every soul on board in the saloon. 'Our vessel is safe from sinking,' he said. 'With the rigged-up sails I hope to reach . Should this fail, we are drifting into a current which, after three or four months, will bring us to the coast of . From the day that we miss , only half rations will be served.'

Fortunately, one of the sailing vessels we sighted, which passed St. Helena, and was questioned there as to the lost Norham Castle, reported having sighted a steamer in distress, and gave as far as possible our whereabouts. A whaler, lying at that time in , was despatched to our rescue.

Three weeks we had drifted, and if not rescued, would perhaps have drifted as many months without our fate becoming known to any living being.
Could not a similar mishap have happened to the Waratah? No wreckage has been found up to date, and I advise all those who have friends on the vessel not to give up hope till it is definitely proved that the Waratah has gone to the bottom.

Thanks to Terence Hugh Paterson for the above references.

From the early days of navigation, the sea off the  of South Africa earned a fearsome reputation for its merciless storms and monstrous waves. In one of the greatest unsolved mysteries of the sea, the luxury liner Waratah, with ships both ahead and behind it, vanished in broad daylight off the in 1909.

The explanation generally accepted for the ship's disappearance is that it fell victim to one of the unpredictable freak waves that are the scourge of this stretch of ocean. This belief is supported by the fact that between 1964 and 1973 six ships suffered encounters with these abnormal waves. In addition, in 1968 the tanker World Glory broke its back and sank after ploughing headlong into a freak wave off the .

Freak waves vary from about 5 to 20m in height, an awesome force, but are exacerbated by being preceded by a deep trough. If a ship encounters such a wave head-on, it will first dip into the trough, and before it has time to raise its bow, a 20m wall of water comes crashing down on its deck - enough to smash the sturdiest vessel afloat. With large ships such as tankers, the superstructure may be buckled as the vessel bucks through the steep trough and wave; smaller ships may simply disappear.

Although impossible to predict the exact occurrence of these waves, there are some warning signs. Immediately off the 10 km-wide Transkei continental shelf the Agulhas Current flows strongly south-westwards, creating a 100 km-wide belt up to 2 000m-deep. When a cold front (low-pressure system) moves across , the associated galeforce south-westerly winds generate waves that, on encountering the current flowing in the opposite direction, becomes higher and steeper. If any of these steep waves become superimposed on the long wavelength swells that reach our shores from the Southern Ocean, then a massive abnormal wave can develop. 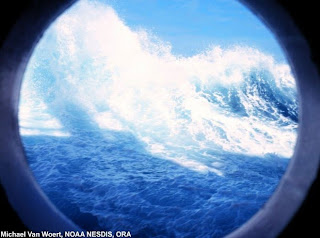 David Willers’ book In Search of the Waratah, published in 2005, reminds us that after the disappearance several ships spent months searching for her in the southern Atlantic and southern Indian oceans, and suggests that Waratah broke down and drifted south – an option that was underplayed at the Inquiry. Willers explores what might have happened if Waratah had not foundered on the eastern seaboard but had drifted into the wastes of the southern oceans. The second half of the book resorts to fiction.

A volume by P J Smith has since appeared, The Lost Ship Waratah. Both this and Willers’ book refer to the Waratah as The Titanic of the South, a term which in my opinion is inaccurate: we know precisely what happened to the Titanic. Smith’s book is based on the diaries and other documents of Walter Smith (P J Smith’s great-uncle), who was on board during both search attempts for the Waratah. No conclusions are drawn. Author Clive Cussler instigated a million-dollar search mission which seems to have faded from view.


The deep has yet to give up her secrets.
Posted by Mole at 9:37 AM

thanks Mole for a riveting piece on what possibly became of the Waratah. I have asked my niece to have a look at today's blog, Andrew

Much obliged Andrew - I know you have your own 'riveting' theory!
Mole

I got this off the government data base which is really confusing- "27thJuly 1909: Unknown, an unknown vessel disappeared between Durban and Cape Town.
1909: Waratah, the screw steamship foundered near the Mbashi/Xora river mouth in the Eastern Cape.