To the Editor of The Mercury

Many theories have been given expression to as to the cause of her loss. Here is one which I have not seen mentioned in the press. It was written from on 5-10-09. His impression is that the Waratah struck either the Grosvenor shoal or else more likely an uncharted shoal some 12 miles or so off the Grosvenor. This shoal was referred to by a writer in the Daily Mail (an English paper). He (the writer) was wrecked on that uncharted shoal about 20 years ago, but evidently from what he said nothing has been done to verify its position since; but one or two other writers testified to a considerable break of water some 12 miles or so off the Grosvenor, and my impression is that she, giving the Grosvenor a wide berth, came over this reef in the hollow of a wave, and as she would draw 28 to 30 feet of water, she would break her back and be holed badly, that as the following wave would lift her clear of the reef she would then go down in deep water on the other side. As to the fact that no bodies have been seen, the disaster might have happened during the night, when only the few men of the watch were on deck. Then, no wreckage has been seen (which has been looked upon as a good omen that she is afloat), but that could easily be explained by the fact that the hurricane she went through, everything movable on deck had been previously securely lashed down.
There may be some probability in the above surmise as to the fate of the ill-starred Waratah, and if that reef could be located, and the seabed searched, doubtless the hull might be found.
Yours, etc.,
Overlander

However, during the past century no remains of the Waratah have been located despite numerous searches. 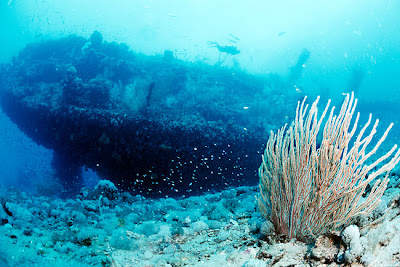 THE GREAT STORM. CYCLONIC IN CHARACTER. It was on the following day (after her disappearance), July 28,  that the great cyclonic tempest, which will probably be known in history as the Waratah storm, swept the coast of South Africa. During the whole day the wind blew from W.S.W. to W. with squalls of hurricane force. A tremendous sea was running, rising in a wall-like formation, owing to the current being against the wind. Mariners who experienced the storm unite in describing it as one of exceptional violence. It was not perhaps spoken of as the most severe on record, but it was regarded as the most violent tempest for some years.  The hurricane raged with unabated fury for about 15 hours, and right along the coast of South Africa the conditions were dangerous. Of course, the wind was behind the Waratah, but, nevertheless, she must have had a very rough time. The gale, which was evidently of a cyclonic character, moderated on the following day, and was succeeded by a fresh south-westerly gale, with a high cross sea.

If, however, as some people believe, the Waratah had turned to head back to Durban, the wind would not have been behind her.

A blog reader writes: The vessel Harlow apparently encountered no difficulties and went on her way unscathed. The crew of the Harlow reported seeing two flashes of light, but equated this phenomenon with possible veld fires on shore. This immediately excludes dramatic forms of flashes, like explosions, either due to coal or the steam engines.  Also sound travels very well over the sea, and should there have been a dramatic demise to Waratah in the form of catastrophic explosions, surely this would have been heard 10 miles distant?  No, the flashes of light were of a more subtle nature, hence not raising alarm on the Harlow. The Waratah was actually gaining on the Harlow (probably full steam); she was running against the forces of diminishing buoyancy.  The Harlow crew did not report freak waves or swell that could tear the bow off a tanker. It is possible that Waratah had latent problems with rivets and leakage into water tight compartments, eventually overwhelming her ability to stay afloat.