Barbados and the Gadsden connection


And now for something completely different. 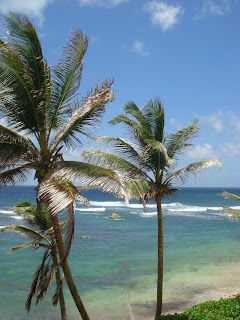 Barbados first assumed significance for me through its connections with the Gadsden surname. In November 1715, Thomas Gadsden (1688-1741), born in Stepney, London, married Elizabeth Terrey in the parish of St Michael, Bridgetown, Barbados. Elizabeth was Barbadian born, daughter of an Irish sea captain, Christopher Terrey. The sea featured largely in Thomas Gadsden’s career, too. His father, another Thomas, had been a merchant captain sailing his own ship, the Mary & Elizabeth, between Britain and her American colonies and dying - in all likelihood of fever - at Nevis in the West Indies in 1691.

Thomas Gadsden the younger joined the British Navy as a midshipman in 1702, climbing the ladder to the rank of Lieutenant within five years. Discharged on half-pay in 1712, he returned to the sea in the merchant service, trading in various commodities as his father had done before him between the New World colonies and Britain. During this time Barbados would have been a regular port of call and Thomas undoubtedly took advantage of the brisk trade between Barbados and Charlestown (later Charleston) on the mainland of South Carolina.

Thomas established useful contacts in Charlestown and he and his wife Elizabeth moved there permanently, Thomas graduating to the important post of King’s Collector of Customs. Their first three children died in infancy. A fourth child, a son, was born and named Christopher after Elizabeth’s father.


Christopher Gadsden (1724-1805) was destined to become famous as a leader of the South Carolina Radicals, serving in the Continental Congress which enacted the Declaration of Independence on 4 July 1776. During the Revolutionary War he was a Brigadier General of forces defending Charlestown.

His story is told in numerous sources, among them Godbold and Woody’s Christopher Gadsden and the American Revolution (University of Tennessee Press, 1982). Read my brief account  at www.infobarrel.com/Christopher_Gadsden_1724-1805


As usually happens, the search for context – the backdrop to events - draws family historians to a wide variety of topics, including in the case of Gadsden research the strong ties which existed between Barbados and South Carolina. I also found a number of intriguing similarities between Barbados and Natal, both sugar-growing colonies which experienced attendant labour difficulties.


St Michael’s, Bridgetown, the church where Thomas and Elizabeth Gadsden were married in 1715, was a wooden structure put up in the 1660s and taken down by a hurricane in 1780 (hurricanes were prevalent in Barbados). Consequently, the building now on the same site is not the original church, but one constructed in 1789.

The Great Hurricane of 1831 attempted, though failed, to destroy this replacement edifice built of coral stone. Now officially the Cathedral Church of St Michael’s and All Angels (Diocese of Barbados) it is still in use but in urgent need of restoration. In the churchyard, gravestones – some of very early date - show signs of vandalism, lead picked out of memorial  inscriptions.


General dilapidation extends to other man-made landmarks, including the lighthouses at Harrison’s Point and East Point.


Despite inevitable concessions to tourism, the scenic beauty of Barbados remains untouched: wide white sands and limpid turquoise sea, palm trees and green fields of sugar cane. This
is not the place to comment on the darker threads in the island's tapestry: pirates and slaves. 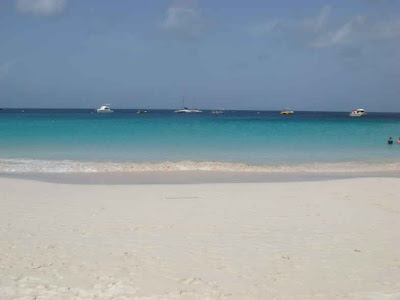