The time and stamina taken up by childbearing, pregnancy and childbirth wasn’t much discussed by colonial women in their letters – even to their nearest and dearest ‘back home’. Victorian attitudes to such subjects precluded frankness. Ellen McLeod writing from the Byrne Valley in 1851 to her sister in England writes: ‘I am vexed to say I have but a poor account to give of myself. I am going to benefit the Colony, though not myself, by increasing the number of inhabitants …’

The risks involved in childbearing could be intensified for women living far from medical assistance. During the 1880s, Charlotte Dixon Smith ran a hotel at Umzinto in Alexandra County, Natal, combining inn-keeping with her midwifery skills. While still able to travel on the rough roads, expectant mothers would be brought in by wagon from outlying farms to stay at the hotel. Their babies would be delivered at Umzinto and they would make the return journey home when recovered. 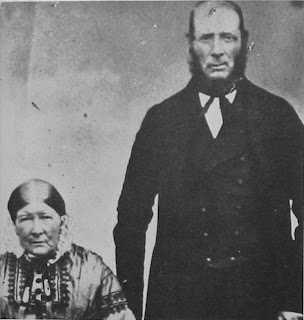 Emigrant women in South Africa operated mostly within the confines of the home, but they made a large contribution to the colony. The settler wife was the rock upon which each family was founded. Under trying circumstances, she maintained civilized standards as far as possible. Her vital role, to bear and nurture the children of the Empire, as well as sustaining and comforting her husband, allowed him the freedom to achieve in areas of life from which, by unwritten social laws, she was excluded. Behind every successful colonial male – farmer, merchant, politician or entrepreneur – was a woman.

Though there was an influx of female emigrants to South Africa in the years following the Anglo-Boer War of 1899-1902, it would take a World War to shake the rigid social structure which was the legacy of the Victorians, and to change women’s expectations forever.

A Merchant Family in early Natal: diaries and letters of Joseph and Marianne Churchill 1850-1880, edited by Daphne Child (A A Balkema, 1979)

Life in Natal a Hundred Years Ago By a Lady (Struik, 1972) [Possibly written by Sir John Robinson)

The British Settlement of Natal: a study in imperial migration by A F Hattersley (Cambridge University Press 1965) [Also many other works by this author.]

www.londonmet.ac.uk/thewomenslibrary  Extensive resource for women’s history, its catalogue contains records of female emigration societies including records of the South African Colonisation Society (1901-1922)
Posted by Mole at 10:19 AM