Bru-de-Wold: not a Marburg Settler 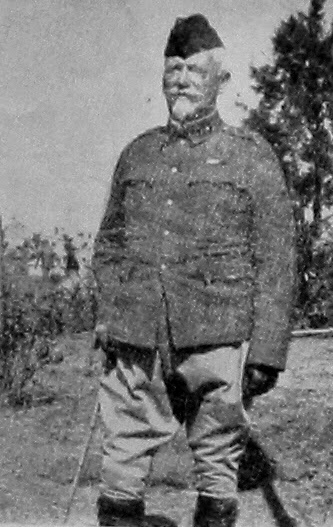 Hilmar Theodor Bru-de-Wold is sometimes mistakenly referred to as a Marburg settler, but in fact he had arrived in Natal much earlier, in 1862, when he was in his twenties. Born in Trondheim he grew up on a farm in Orsta, but had been aboard a Norwegian naval training ship as a cadet when, after an argument with the commander, Bru-de-Wold deserted the vessel when it was about to leave Durban. He decided to stay in Natal.

He found employment as a labourer on an Isipingo sugar estate and later married his employer John Bazley's daughter, Sarah, in 1871 (they had three children); he was at that date manager of a coffee estate.

By the time the Norwegian immigrants arrived to settle on the Umzimkulu in 1882, Bru-de-Wold owned his own farm, Eidswold, in the Umzimkulu area and he was able to be of help and guidance to the Marburg settlers.

In 1865, Bru-de-Wold joined the Alexandra Mounted Rifles and at the time of the Anglo-Zulu War 1879 he was Sergeant-Major, getting a mention in dispatches for his services. He received a commission in 1880.

When the Umzimkulu Mounted Rifles was formed in 1884, largely as a measure of protection for the new Norwegian population in Alfred County, Bru-de-Wold, by that time holding the rank of Captain, became the unit's first (and only) commanding officer.

His first wife Sarah died in 1892, and he married a daughter of J D Shuter.

When he became District Adjutant for Southern Natal in 1895, he had to resign from the Regiment, but during the Anglo-Boer War served on Col W Royston's staff during the Siege of Ladysmith. Bru-de-Wold was badly wounded in the jaw by shrapnel and reportedly replied to enquiries from his men 'Thanks, boys, I feel damned sick but I would feel much better if I could just speak one good swear, instead of only thinking one or two, at that swine who fired that shell at me'.

For his service during 1899-1902 he was commended by General Sir George White and awarded the C.M.G.

In 1902 after the war he was promoted to Colonel and became Commandant of Natal Volunteers, in which post he served during the 1906 Rebellion. He was awarded the D.S.O. for his part in this campaign. 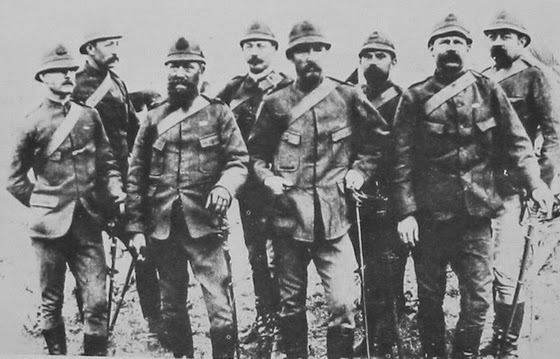