Passengers to Australia from Natal: Hannah 1851

From 1852 the discovery of gold in led to an exodus of colonists from . Some were disillusioned with the way the Byrne settler scheme had turned out; for a few, it was an escape from debts incurred in ; all were lured by the prospect of new get-rich-quick opportunities in the . No precise figures are recorded for those who left permanently. The families of some men remained behind in while the breadwinner went adventuring, not intending to stay in unless fortune smiled upon him.

In October of 1852 the Hannah and Sarah Bell went directly to from , carrying such settlers. The brig Wee Tottie and the Golden Age followed in 1853 and 1854 respectively. Additionally there were passengers who took alternative routes e.g. via the .

Should an ancestor unaccountably disappear from the scene during this period, he might reappear in - or pop up again in after an interval in the other colony. 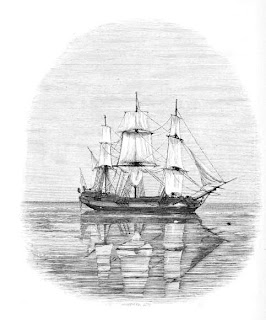