‘It’ll be over by Christmas’ was the phrase on everyone’s lips as British Imperial and Colonial troops were mobilized for the Anglo-Boer War, officially declared on 11 October 1899.

Two days earlier, an ultimatum had been received from Kruger’s Transvaal Government demanding the immediate removal of British forces on the borders of the , and the withdrawal of all Imperial troops which had arrived in in the course of that year, as well as any reinforcements then on their way to by sea. Should the demands not be complied with within forty-eight hours, this would be considered a formal declaration of war. ’s reply, couched by Sir Alfred Milner, was succinct: the conditions demanded by the Government of the were such as Her Majesty’s Government deemed impossible to discuss.

After that, events swiftly gained momentum and in the ensuing surge of British patriotic fervour, there was no time to waste on idle speculation as to the outcome of the decision. It was impossible to predict that the might of the Empire would be challenged by ‘a handful of Boers’ to such an extent that a long, bitter and costly struggle lay ahead – and that for 22 000 people soon to be besieged in the Natal town of Ladysmith, the Christmas of 1899 would be one they would never forget.

Pakenham, in his book The Boer War, is less than complimentary about Ladysmith, describing it as ‘hot, dusty, disease-ridden and claustrophobic’. Nevertheless, it had been an important outpost since the 1840s. Lying among low hills at the foot of the Biggarsberg and Drakensberg ranges, Ladysmith was the last stop for wagons travelling north or south to replenish provisions before the long haul across the mountains. It was named on 11 October 1850 (exactly 49 years before the expiry of the Boer ultimatum in 1899), in honour of Lady Juana Maria, the Spanish wife of Sir Harry Smith, then governor of the . 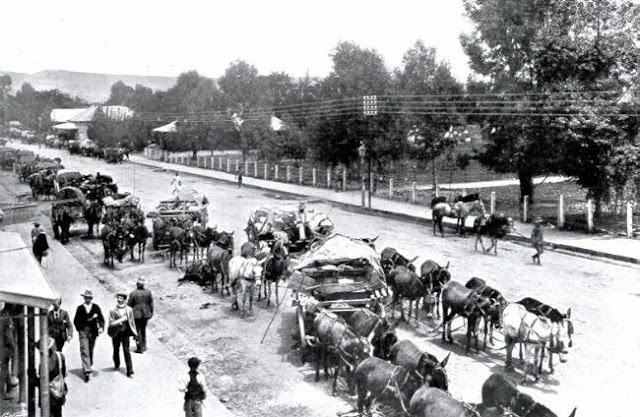 A decade later, a fort was built and the town expanded steadily. There was a significant milestone in 1885 when the railway reached Ladysmith. By 1890, a permanent military camp known as ‘ ’ had been established: vast amounts of stores and ammunition were gradually accumulated, and Ladysmith became the main British supply base and military training ground in . Strategically-speaking, it was also the junction of the railway line between the , Transvaal and . 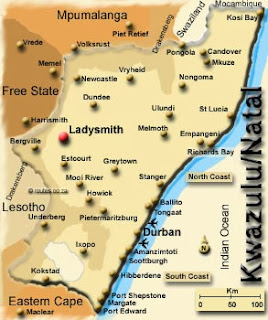 On the eve of the outbreak of the Anglo-Boer War, Ladysmith was the third largest town in the colony, with two main streets, shops and houses, a Town Hall built in 1893, a railway station, the Royal Hotel, several churches and a convent. Many of its buildings, including the Hindu mosque, were of wood under corrugated iron roofs.

It’s doubtful whether the British Commander-in-Chief, Sir George White, entering Ladysmith on 11 October 1899, was impressed by what he saw. From a military point of view, he certainly wouldn’t have chosen it as a place in which to be besieged: it was practically indefensible, hemmed in and overlooked by the surrounding hills. But that Ladysmith would be forced to withstand a siege was the last thing anyone anticipated.