Originally, in the 70s, he was in partnership with William Kermode. Edward and Margaret Kermode, the parents of William, were Byrne Settlers on the Edward arriving in Natal in March 1850. At that time they had a son, Thomas E.

In all likelihood the Natal photographer is the William Kermode shown in the 1881 Census for Douglas, Isle of Man, where his birthplace appears as Natal and his occupation as 'retired photographer'.

If William was the second son of Edward and Margaret and born in the colony about 1858 this would fit in well with the age of 30 at the time of the 1881 Census. The scenic beauties of the Isle of Man were then a magnet for photographers and artists.

By 1876 William Kermode is listed in Durban as photographer (no mention of Murray) at Smith and Gardiner Streets.That is his final entry. 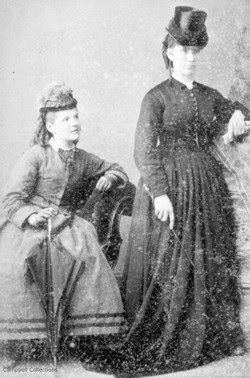