Until photography became a more feasible way to earn a reasonable living, many Natal photographers resorted to diversifying into other fields at the same time as running their studios. Dickinson was in partnership with his brother as an ironmonger, for example, Benjamin Caney was a jeweller and watchmaker, and even a grocer when he first started out in Natal.

John W Coney's extra string to his bow was as Undertaker and Cab Proprietor but his studio was at 162 Chapel Street Maritzburg. The advertisement above appeared in the Natal Almanac of 1897. 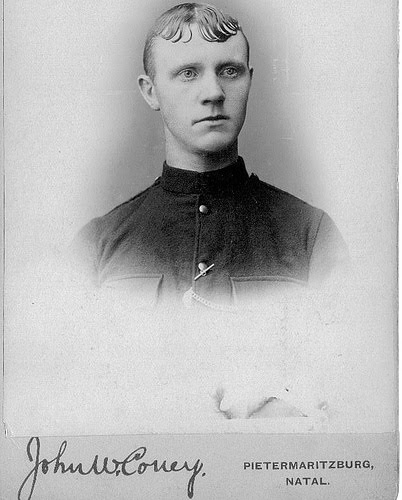