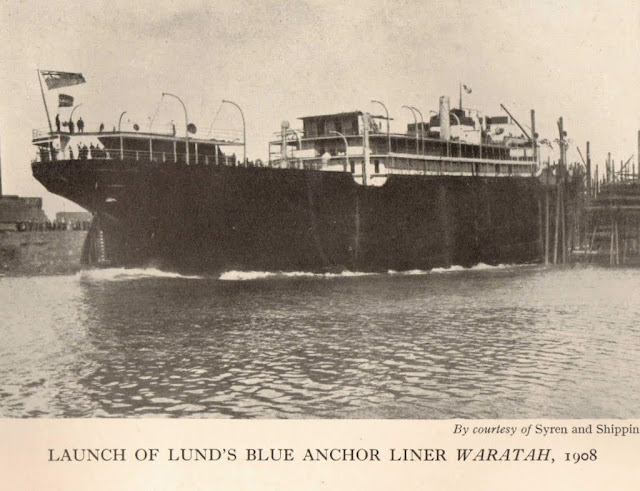 A very poignant letter written by a crew member on 26 July 1909 from SS Waratah in Durban, was received by his sister in London.

‘Just a line to let you know we arrived here safely after a pretty rough voyage from Adelaide. For 13 days after leaving that place we had heavy seas and weather and a lot of the deck fittings were broken and carried away by heavy seas that swept over the vessel. The last five days however have been fine and we got here yesterday midday (Sunday) and we leave the Cape Saturday next on 31st July for London, where we will arrive on August 21st although we are not due until the 23rd….’

Those words still hang in the air more than a century later. The Waratah was destined not to reach London but to disappear off the southern coast of Africa after her departure from Durban for the Cape.  The story of her mysterious final hours continues to haunt us and even now there are plans to search the coastal waters for her final remains.

Was your ancestor on the Waratah's last fateful voyage. Check the passenger list at
molegenealogy.blogspot.com/2012/07/was-your-ancestor-on-waratahs-final.html

See: waratahrevisited.blogspot.com/
and Andrew van Rensburg's enthralling book of the same title, now available on Amazon. A must-read for all Waratah enthusiasts.

Thanks to Waratah expert S J L Patterson for her input for this post.

Thank you Mole and Suzanne Patterson for this poignant tribute to one of the enduring mysteries of the sea. I greatly appreciate your recommendation of my book, Waratah Revisited. Thank you Mole, and for all your support. Best wishes, Andrew.