James Caithness’s pension details show that there was no gap in his naval service, yet he drops out of sight for several years. This is because James was captured along with all those on board the and for almost a decade was a prisoner-of-war in . 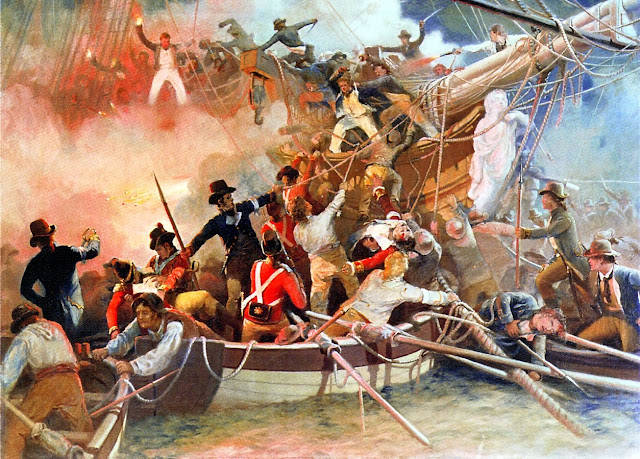 He was in his twenties at the time of the battle in 1805 between the Magnanime and . The prime of his life would be spent in exile behind bars: not until he was in his thirties would he be a free man again. His ‘crime’ was serving on a British warship which struck her colours and surrendered to the enemy. He was powerless to alter the course of these events. 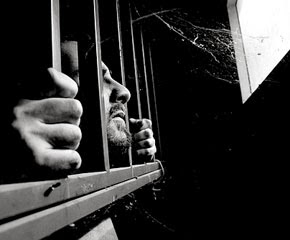 Their context takes us along a byway of history largely forgotten today, an era when Europe was held to ransom and tens of thousands of prisoners from various countries, including Britain, were marched from pillar to post, left languishing in fortress towns and dungeons or forced by deprivation and despair into renouncing their own nationalities and joining Napoleon’s army.

Most British subjects imprisoned, other than about 700 civilian detainees, were men of the Royal Navy and mercantile marine captured, like James, during action at sea, or when their ships were wrecked in French waters.

No evidence of precisely where James Caithness spent his years in captivity has come to light. In all likelihood he was taken initially to the distribution centre at , where Captain Woodriff and Lieut Tuckey were held for the duration of their captivity. James would later have been force-marched to one of the frontier depots such as Givet. We may never know the full details of his incarceration. However, a remarkable series of contemporary written accounts provide a vivid picture of the trials experienced by other prisoners and there is little doubt that James suffered similar hardships.

Like many of them, he may have tried to escape only to be caught and sent to the penal depot at Bitche. Recapture after such attempts often meant death. The alternatives – being sentenced to the galleys of or confined for lengthy periods in subterranean cells – were perhaps worse.

The experience of a British prisoner-of-war in depended on his status. Officers – from colonels and naval post-captains down to midshipmen, warrant officers and merchant ship masters - were separated from their men and were allowed certain privileges, with some freedom of movement. Most of them remained at , which gradually became a British community. Gambling, racing, balls and the occasional duel enlivened the atmosphere. In time, these pursuits led to debt and general moral decline. Civilian detainees at Verdun were permitted to live in private homes and could avoid certain restrictions such as the daily appel or roll-call by payment of a fee.

For the lower ranks in the depots on the north-east frontier it was a different story. They were subject to severe, overcrowded and insanitary conditions, often marched in all weathers, scantily clad and sometimes shoeless, for hundreds of miles between depots, and half-starved on a daily ration of a pound of bread and a meagre portion of vegetables. Numbers died en route. Men who were ill or unable to keep up with the line were left behind in rat-infested local gaols until, inexorably, they were pushed on to another grim destination.