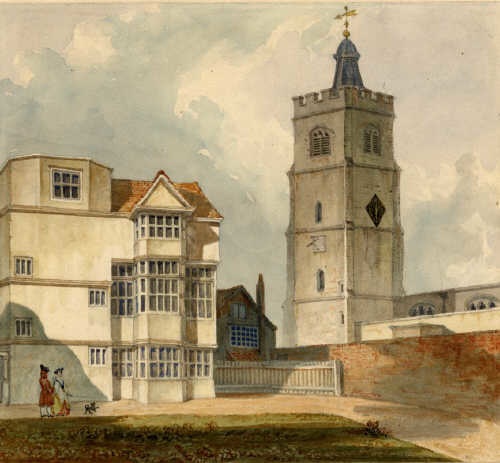 My great great grandparents, John Gadsden (1794-1853) and Mary Ann Bone, were married at St John Hackney on 27 March, 1821. However, by that year there was a 'New Church'.* At the time the couple were living at Upton House, West Ham [see watercolour below, partly after a photograph, partly after a sketch by Mary Lister; source Wellcome Library]. Their eldest son, Moreton Champness Nevins Gadsden was born at Upton House

'Upton House.  Situated on the opposite side of Upton Lane to Ham House, which was also, confusingly, known as Upton House for a short time in the eighteenth-century.  It was typical of a number of fine seventeenth- and eighteenth-century houses built in West Ham as country retreats for City merchants and businessmen.  Upton House (that is, the one the Gadsdens lived in) was rebuilt in 1731 and was the birthplace of (Lord) Joseph Lister (1827-1912), the founder of antiseptic surgery.  It was demolished in 1968.' [Source: From  'Britain in Old Photographs: Stratford West Ham & The Royal Docks' by Stephen Pewsey  pub: Sutton Publishing Ltd 1996]

Clearly, if Joseph Lister was born at Upton House in 1827 it is reasonable to suppose that the Gadsdens had moved elsewhere by that date. John and Mary Ann re-emerge in the City of Waterford, Ireland, where John was a provision merchant. He and his brothers Charles Edward Gadsden and James Eyre Gadsden apparently left England and went to live in Waterford where all three produced children as baptismal records show. It is possible that John at least commuted between Waterford and London, as ties with West Ham and Hackney continue until 1828 when John and Mary Ann's daughter, Mary Rochenda, aged only 4 months, was buried at St John Hackney on 13 November of that year. 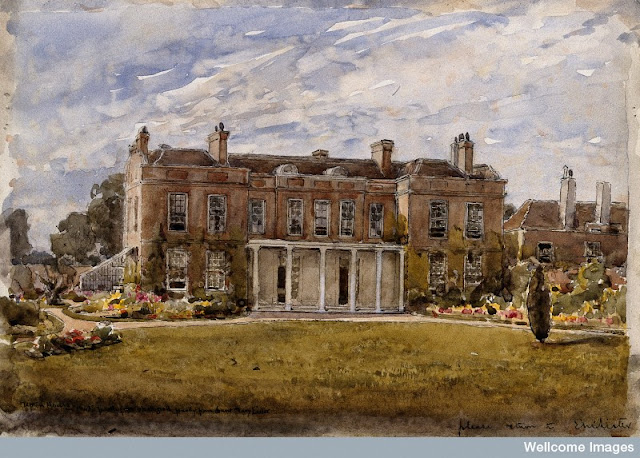 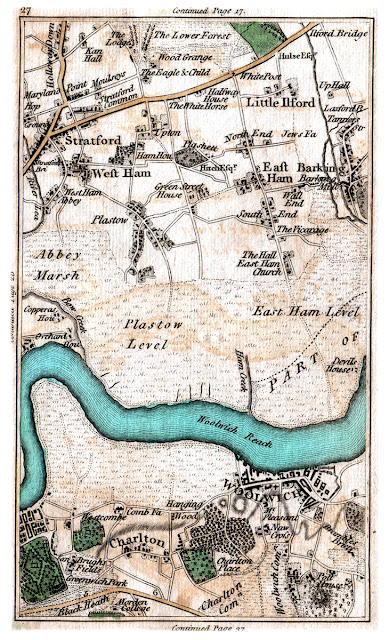 Location of East Ham helps to explain why West Ham is so-named i.e. though in the east of London, West Ham lies to the west of East Ham! Devil's House, on East Ham Level, invites further exploration.

* The old parish church of St Augustine had been largely demolished in 1797 when the new parish church of St John, Hackney was built.  Only the tower and the tomb of the Rowe family...remained.  At first the tower was kept to hang the peal of bells, as the parishioners had little faith in the strength of the new church tower and later local sentiment saved the tower from demolition. [Source: Old Ordnance Survey Maps Hackney 1870 Godfrey Edition London sheet 41]. Originally dedicated to St Augustine it was known as St John from circa 1660.  [Info from London Collage website (Guildhall Library Collection)].


John Gadsden was in partnership with Joseph Nash in the provision business in Bridge Street Waterford from at least as early as 1824, according to Pigot's Directory.