The Port Captain's Residence at the Point, Durban

It's evident from George Russell's 'History of Old Durban' that Captain William Bell's residence was at the Point. In discussing John Milne's work for the Natal Harbour Board, Russell mentions:

'His (i.e. John Milne's) main project was to carry out a North Pier to the Bar with a short South Pier opposite, gradually narrowing the entrance and facilitating scour. He employed the fragments of labour and funds doled out to him in wattling the sandhills from Captain Bell's house to the Point, with a series of rough fences divided into sheepfold-like paddocks, to divert and retain the drifting sands from entering the Bay. These sands were then secured by planting the Hottentot Fig or any green thing that would grow there.'

This is important: Bell's residence was near to or part of the Signal Station at the Point – we're not speaking of Conch Villa on the Bluff. Obviously the Port Captain had to be constantly in touch with goings-on at the harbour and the area adjacent to the Entrance Channel. His house and office at the Point was also not far from the Time Ball where Thomas Alfred Gadsden worked after leaving the lighthouse. 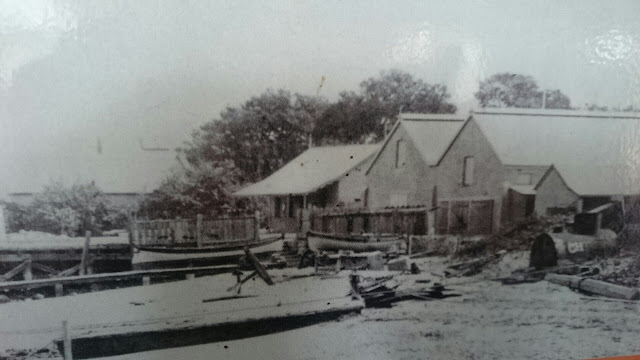 Port Office, the Point Beach, Durban ca 1870. It doesn't look a hive of activity but the Port Office was central to all Harbour activities, reports being kept of all vessels entering or departing, or using the slipway; shipping agents and masters of ships came to see the Port Captain here.