The 1881 Census entry above shows Margaret McIntyre and her children living in Schoolwell Street Stevenston. Included in her household are her two brothers, William and Findlay [sic], occupations given as Army Pensioners.

The two Gibsons had recently taken their discharge from the Army and gone to join their widowed sister Margaret in Stevenston, Ayrshire. She was at that time working as a Pauper Sick Nurse, probably earning a pittance.Only one of her children, William aged 15, was working - apprentice cabinet maker. The others were all under twelve and at school.

It would have been to Margaret's advantage, as well as to her brothers',
for the latter to form part of the household. But Finlay wouldn't be with her for long as his marriage to Annie Bell meant he would have to find new accommodation.

By the 1891 Census Finlay and family were living at Nobel's Villas, Dynamite Road. He was 50 years old and his occupation was Gatekeeper (at the 'dinnamit'). It's noted that he was a British Subject. His wife Annie, maiden surname Bell, was then 32 and her birthplace is given as Canada (West). This was my great grandmother, who must have been a very busy person. Their children at that date were Ann aged 8 (later married Joe Hamilton), Catherine 6, Mary 5, Margaret 4 and William 2, all born in Stevenston. 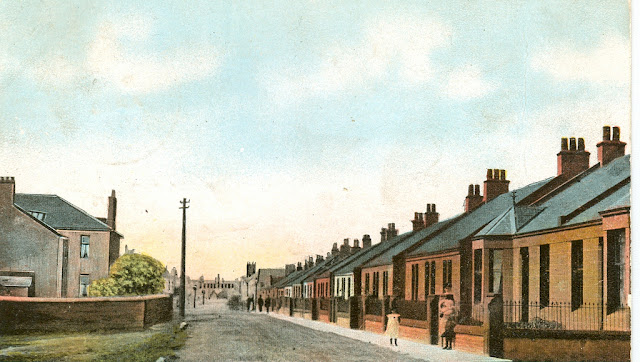