Gradually adding events to an ancestor’s chronology is a satisfying indication of progress made, gaps filled and increased understanding of what made him/her tick. This is happening now in the case of George Henry Caithness, brother of James Ramsay Caithness.

They were both mariners who began their careers at the , , after the early death of their father, James Caithness. One of the documents pertaining to George’s acceptance at is a declaration sworn by his mother, Ann Caithness nee Scorey, in October 1827, stating his birth date to be 5 July 1818. 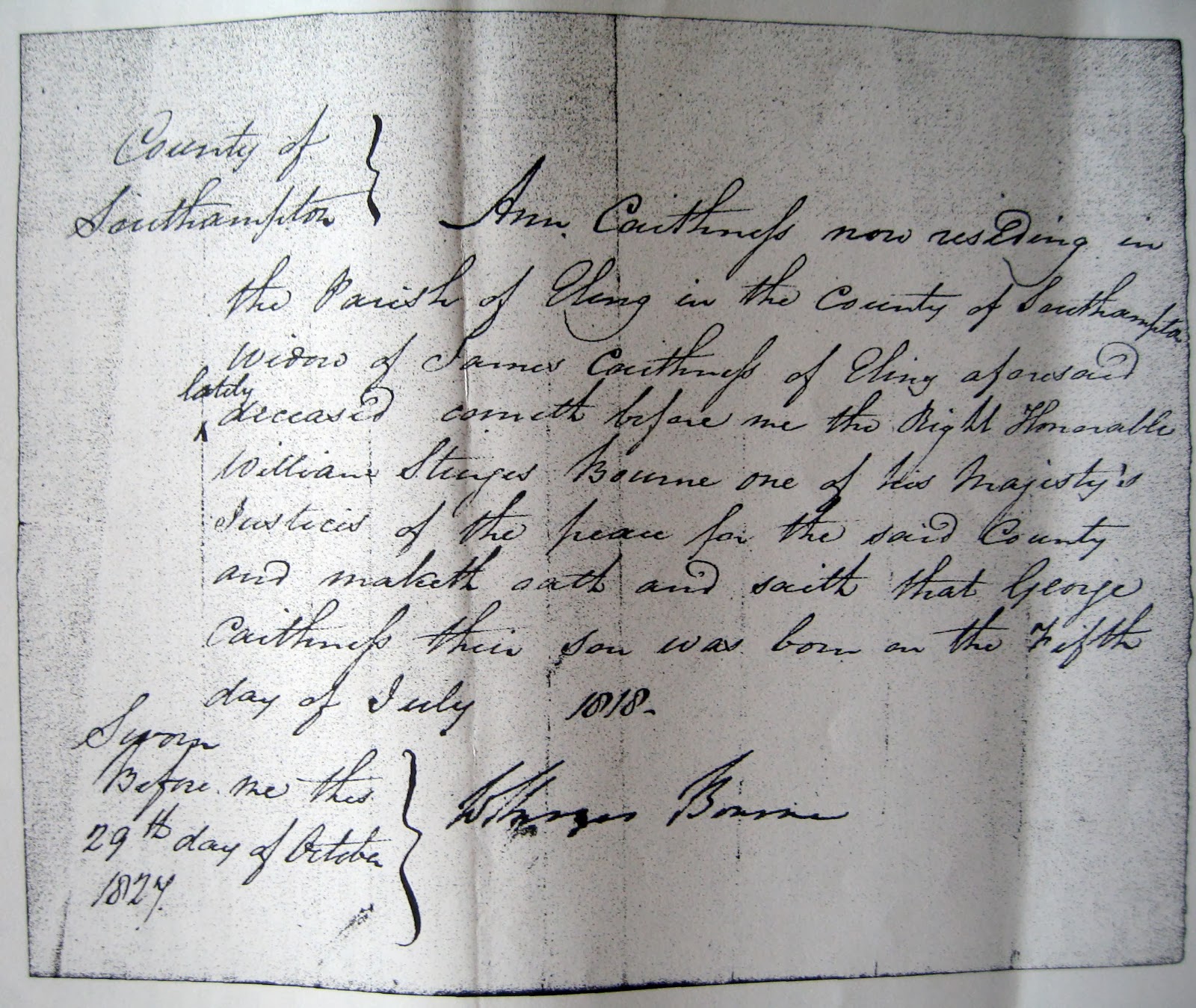 George’s birth year is given as 1817 on his Master’s Certificate issued in January 1851. He was baptised at St Mary’s, Eling, Hampshire on 9 August 1818 and although baptisms were not always immediate it seems Ann’s statement giving 1818 as the year George was born is more likely to be correct.

So George was only about 9 years of age when he was admitted to the Lower School and boys were expected to remain ‘as long as the Directors thereof shall think proper’ - usually till they were 14. They were then ‘at the disposal of the Directors to serve ‘in the Royal Navy, Royal Marines, or Merchant Sea Service’: George like his elder brother James was destined for the latter.

Fortunately, details of George’s career after are revealed on his Master’s Claim for Certificate of Service, listing names of the ships he served in and the relevant dates. It’s stated that he served as ‘apprentice, seaman and mate from 1830 to 1840 and since that period as master’. Two of the ships he was with in the early years were the Leonidas (home port Southampton), as apprentice, and Comet (home port ), as mate. 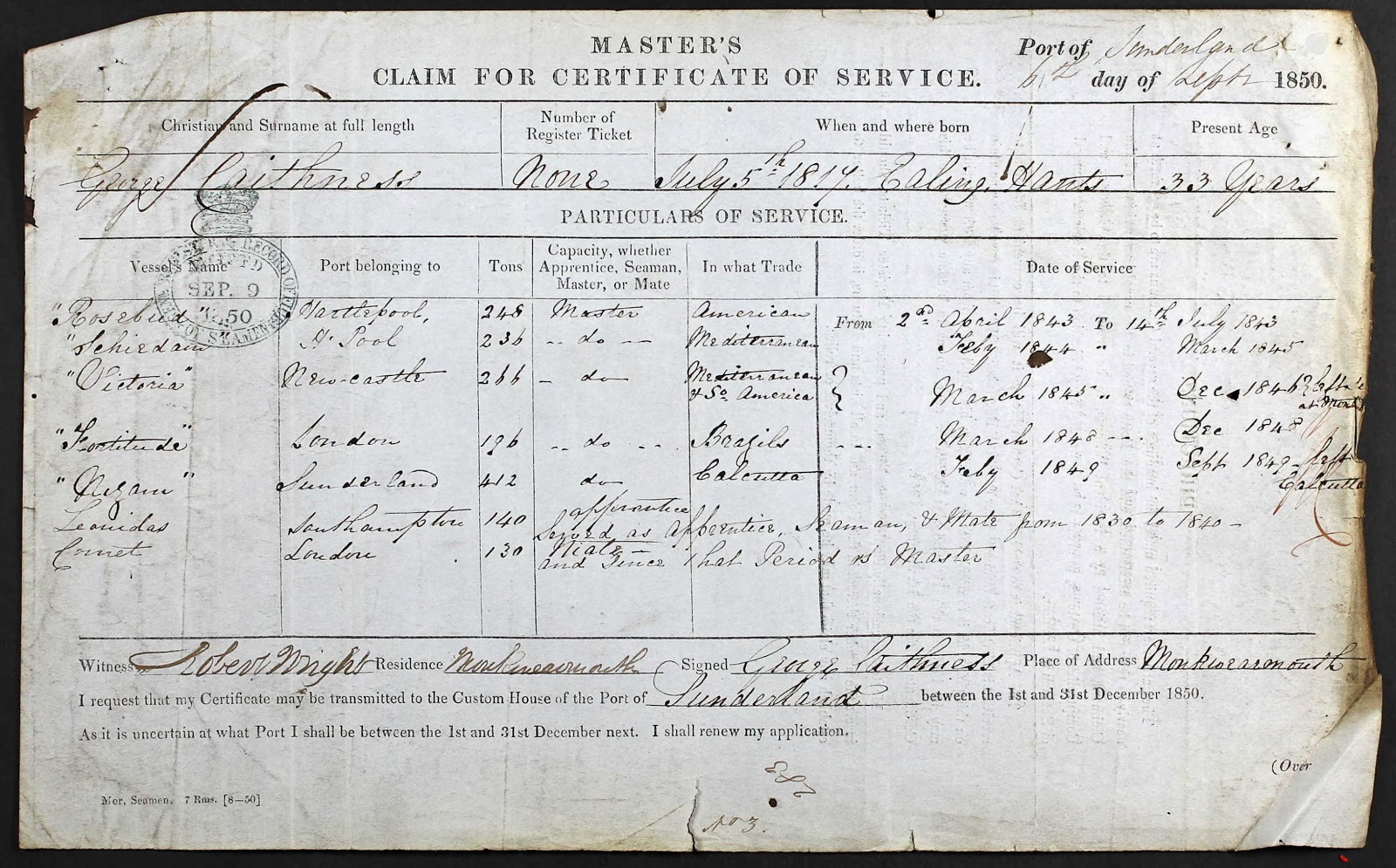 As master, his ships from 1843 to 1849 were Rosebud, , , Fortitude and Nizam, with destinations as diverse as , the Mediterranean, and .

The unusually-named is listed in Lloyd’s Register.* The latter is a valuable source when tracing a master’s career, bearing in mind that there may be unexpected variations of a surname: George’s name is given as Cockness, Cartness and Catness, none of these an obvious choice when searching.

The is also listed in Lloyd’s Register – ‘Catness’ master – and the abbreviation ‘Sw’ indicates she was a Snow, a square-rigged ship similar to a brig but with a trysail mast added. It was in this ship that George experienced the volcanic phenomenon in 1845.