Livingstone: 200 years since his birth 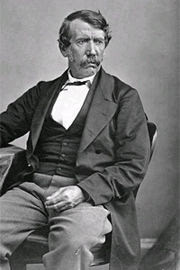 19 March 2013 marks the bicentennial of the birth of David Livingston in 1813. (It was only later in life, during the 1850s, that he added the ‘e’ at the end of his surname.) He was born in , Lanarkshire, to Neil Livingston and Agnes Hunter.

Perhaps no explorer’s name is as familiar to us as Livingstone’s, though he started out in as a missionary and became renowned and revered as an anti-slavery campaigner. He had his detractors, yet when news of his death on 4 May 1873 reached there was a tremendous public outpouring of grief. His body was interred at Westminster Abbey after a state funeral, but his heart still lies buried under a tree in Africa (). 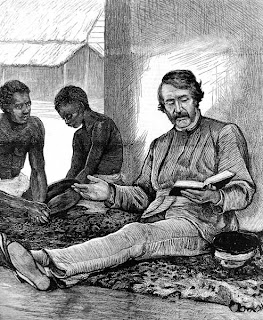 Livingstone was the first European to cross the Kalahari, which he did in 1849. In 1845 he married Mary, the daughter of another famous missionary, Robert Moffat; the latter worked among the Bechuana at Kuruman for 50 years. Livingstone joined Moffat at Kuruman before commencing his travels in .

The National Museum of Scotland, in , is currently holding an exhibition commemorating the bicentennial. Among the exhibits are the hats worn by Livingstone and Stanley at their legendary meeting at Ujiji, near . 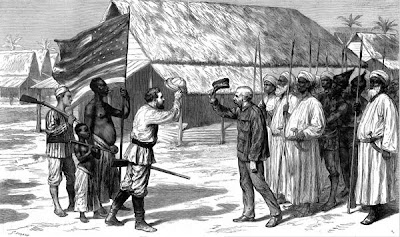 According to biographer Tim Jeal, the evidence suggests that did not utter the phrase ‘Dr Livingstone, I presume’, on that occasion, but thought it up later.