On 2 July 2011 Prince Albert II of Monaco, born 1958, marries his South African Princess-to-be, Charlene Wittstock, a former Olympic swimmer, during a two-day extravaganza.  Tens of thousands of tourists are expected to flood in to the wealthy enclave (it's the smallest state after the Vatican) to witness the ultimate prince and commoner wedding.

Somerset Maugham famously called Monaco a sunny place for shady people. Run by the Grimaldi family for over seven centuries, the principality is a tax haven: a recent report in the Guardian refers to its 360,000 registered bank accounts and population of 35 000 – the vast majority of whom are foreign expats, many of them British.

All this depends heavily on the stability of the House of Grimaldi, which has a history of tragic events including the death in 1982 of Grace Kelly, wife of Prince Albert's father, Prince Rainier. Perhaps Prince Albert's forthcoming wedding will be the start of a new golden age in Monaco. As with any dynasty, it's essential that a legitimate male heir is produced to continue the line. It's even more important in this case, for without a prince, Monaco would revert to France.*

For a fascinating account of the history of the principality and the rise of the Grimaldi family, including a tree of the princes of Grimaldi, see http://www.grimaldi.org/en/history/monaco.asp

*Prince Rainier changed the constitution before his death so that succession would pass to Princess Caroline and her heirs. The recent marriage of Prince Albert and Princess Charlene may bring a further change in due course. 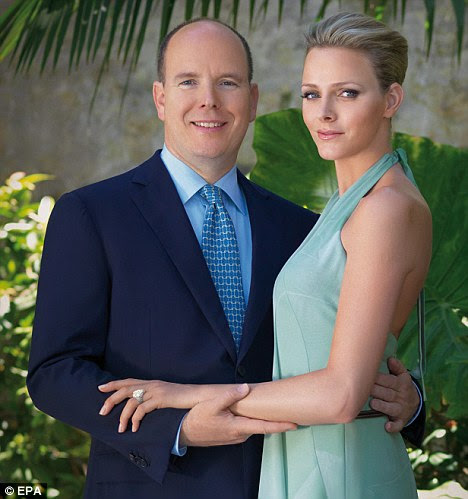