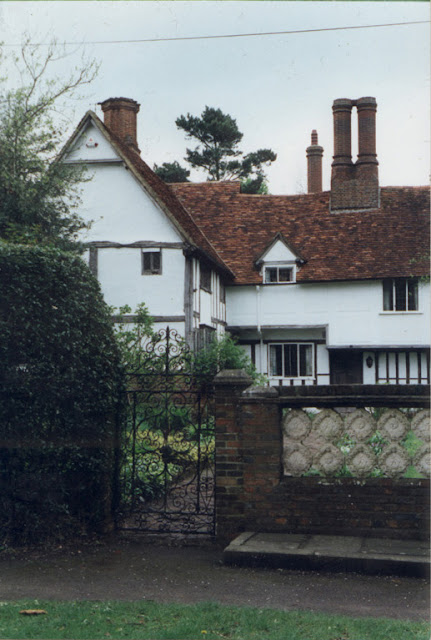 Little Gaddesden parish is bordered on three sides by the . The northern part of the parish lies on a high spur of the Chilterns about 646 feet above the ordnance datum. There is a considerable slope to the south, and on the east the land dips to the valley of the Gade. The Leighton Buzzard and high road strikes across the parish, and forms a sharp dividing line. To the east the county is agricultural, while the pasture and woods of cover the whole of the western portion. Ashridge House, the seat of Earl Brownlow, stands in the middle of the park, and the village extends along one edge near the high road, which is bordered on either side by a broad green shaded by large trees.

Following the high road north from may be seen near the beginning of the village Robin Hood House, a large old house of timber and stucco. It was once the Robin Hood village publichouse, but has been greatly added to, and is now the residence of Mr. Alexander Murray-Smith. Beyond this is a red-brick house, the residence of Miss Noyes.

Further again is Marian Lodge, built by Lady Marian Alford some thirty years ago. It is now tenanted by Mrs. Denison, under whose care soft cloth is woven, some of which is sent yearly to the queen. In another house lives the Hon. Alfred Lyttelton. The smaller houses and cottages are all well built, and each stands in a good garden. They are mostly of red brick with red tiles, and in the old ones is a good deal of timber. That known as John of Gaddesden's house (he was physician to Edward III, and a doctor of great note) is an interesting mediaeval building of timber and plaster, of two stories, the upper projecting beyond the lower. The body of the house stands north and south, with a fine brick chimney-stack at the north end, its upper story being a hall of two bays with an open timber roof of fifteenth-century style, now used as a reading room. The house has been a good deal repaired, and there is some eighteenth-century panelling in one of the ground-floor rooms. At the north end is a block running east and west, with no old detail of interest.

he parish, which was inclosed in 1846, covers an area of over 2,451 acres, of which (in 1905) 499 acres were arable land, 358 acres permanent pasture, and 86 acres woodland. It includes the hamlet of Ringshall, and since 1885 that of Hudnall, which was formerly a detached portion of the parish of Edlesborough in Buckinghamshire. The soil is clay with flint, and the subsoil chalk. At Hudnall, on the eastern border of the parish, there is a small common.

A windmill is mentioned in 1284 and again in 1305, of which there now seems to be no survival. 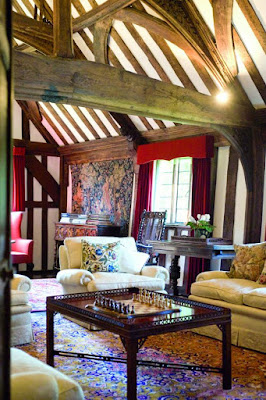