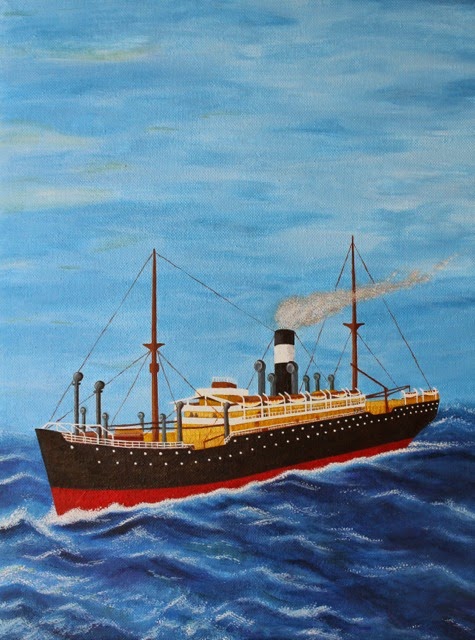 Having loaded her cargo and embarked 38 passengers, at noon on Saturday 26 June 1909, under heavy grey cloud with showers, the Waratah slipped away from Sydney’s Central Wharf at Millers Point.

Due to retire as Captain of the SS Waratah at voyage's end in London, as well as Commodore of the Blue Anchor Line, Captain Josiah Edward Ilbery would have felt a twinge of sadness, as his last view of the Macquarie and Hornsby Lighthouses slipped past him through the wet windows of the bridge.  Constructed from local sandstone, hewn from the area today known as ‘The Rocks’ on Sydney Harbour, their sad, wet-streaked stone was a deep tone of brown through the mistiness of the showers.  This was a distinct difference to the pale beige of the stone that had welcomed him so often on his entry to the harbour on previous bright, sunny days.
The ship would soon meet the early swells as she passed through The Heads, a high, double-promontory marking the entrance to this safe harbour.  Then his directions to the helmsman to turn south into the open ocean, to confront the fickle weather and swells of the Bass Strait between the mainland and island of Tasmania.

Written by Suzanne-Jo Leff Patterson
Posted by Mole at 12:10 PM