Now that cremation is virtually the order of the day, and the cost of memorial inscriptions on large chunks of marble or granite prohibitive, the deceased may get only a brief mention on a wall of remembrance. Practical, perhaps, but I favour casting the ashes at a location important to the deceased during his lifetime.

When my mariner ancestor Captain Thomas Gadsden died in 1691 on the island of Nevis in the West Indies, probably of fever, he left a deathbed will instructing his second-in-command to sail his ship, the Mary & Elizabeth, back to England. Thomas was buried on the island but at that time a wooden marker was all that would have shown the site and it is now long gone, rotted away by the elements. Since Thomas was merely passing through there was nobody to pay for his tombstone. Grander residents such as Aron Chapman qualified for a white marble slab with inscription:


'Here Lyeth the Ashes of
Aron Chapman Esq., who
Was one of the King's Coun
Cil in this Island & he de
Parted this life the 15th day
of March in the 41 year of
his Age and in ye year of
our Lord God 1693 to the
Great greif of his Friends
And the unspeakable Lofs of this island of Neuis.'

That stone memorials were used in the 17th c is shown by this example. The inscription is the reverse of verbose. No clue is given about the deceased's name. 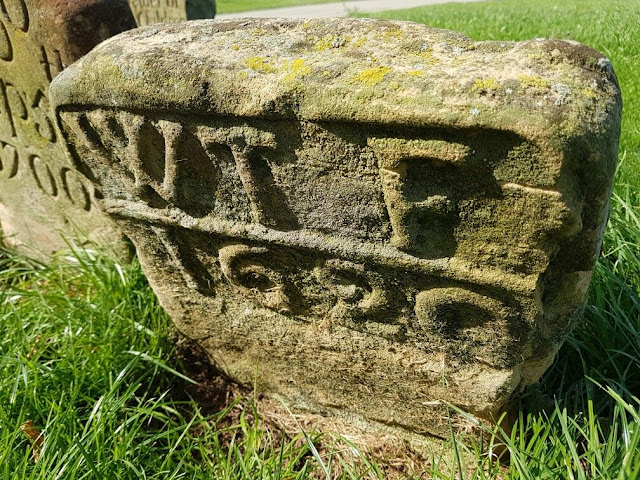 In the later Middle Ages the 'transi' tomb (a double storey effigy showing the deceased as he appeared in life as well as the skeleton he would become) brought home the brevity of life and that all, even kings and bishops, ended up as food for worms. 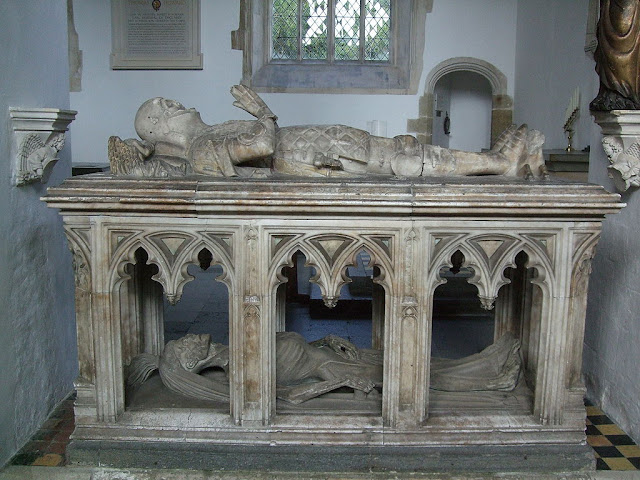