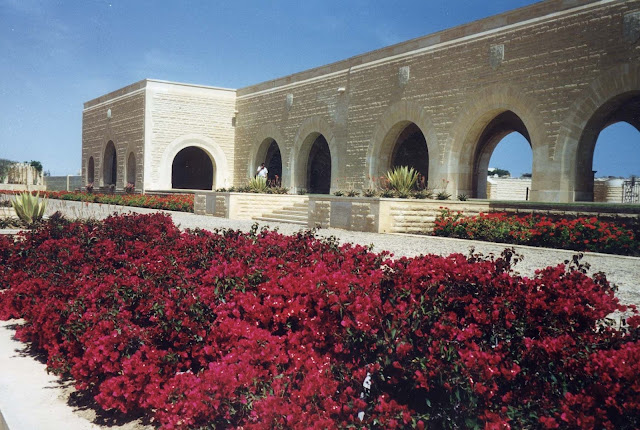 The Alamein Memorial forms the entrance to the El Alamein War Cemetery in Egypt. The memorial commemorates nearly 12,000 servicemen of the British Empire who died in the Western Desert campaigns of the Second World War including the Battle of El Alamein.
The Battle of El Alamein marked the culmination of the North African campaign between Commonwealth forces and the Axis forces (German and Italian). For both sides the objective was the control of the Mediterranean, the link with the East through the Suez Canal, the Middle East oil supplies and the supply route to Russia through Persia.

Among the casualties was my cousin  Air Sgt Leonard Dudley Shanley
of the 24th Squadron of the South African Air Force.
He died on 21 November, 1941. His name appears on Memorial Column 248 in
El Alamein Cemetery

To find your own El Alamein Ancestor see
https://www.cwgc.org/ 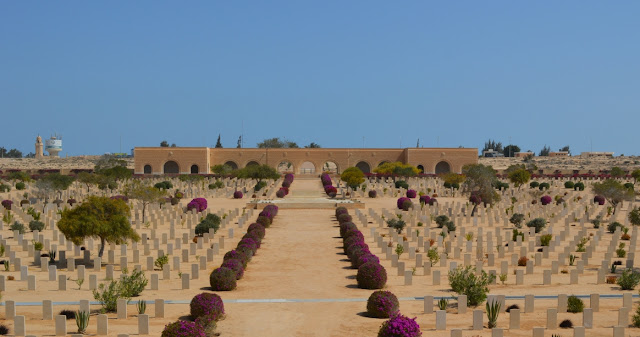