Original registers for passenger arrivals between 1845 to about 1910 are held in the Archives
of the European Immigration Department (EI) at Pietermaritzburg Archives Repository.
Note that these volumes, while an extremely valuable resource, are not all-inclusive
at any period. There is also a card index by surname and this includes references to
passengers mentioned in The Natal Witness newspaper. Information given in newspaper
shipping columns does not always match details in the original registers; there are spelling
and other inaccuracies even in the originals, which are handwritten and not always easy to
read. Transcripts, either from original registers or newspaper lists, no matter how carefully
done, may contain errors.

Immigration schemes are well-documented but private individual passengers not travelling
on any sort of assisted passage are more difficult to trace. As the 20th century approached,
the volume of shipping at all South African ports increased dramatically with inevitable effects
on passenger records and newspaper columns.

Access the Family History Library Catalogue at www.familysearch.org/ for a list of films
available on Natal immigration.

Search by passenger name or by ship on eGGSA's Passenger List Project, a work in progress: www.eggsa.org/arrivals/eGGSA%20Passenger%20Project.html

The above link takes you to British outbound passenger lists 1890-1960.
There are over 24 million passengers in the BT27 records covering 164,000 passenger lists.

BT refers to the Board of Trade which from 1786 to 1970 set policy and regulated trade with Britain's colonies and the rest of the world.

27 refers to the series number at The National Archives (TNA) Kew where the original
documents of the passenger lists are held. Voyages from all British (English, Welsh and
Scottish) ports, and from all Irish ports before partition in 1921 and all Northern Irish ports after partition, are covered in the passenger lists. Destinations cover all continents.

This facility is the obvious choice if your ancestor is thought to have left Britain and sailed to a South African port after 1890. However, identifying the correct individual, usually by initials and
surname only, or frequently without initials, isn't always easy. 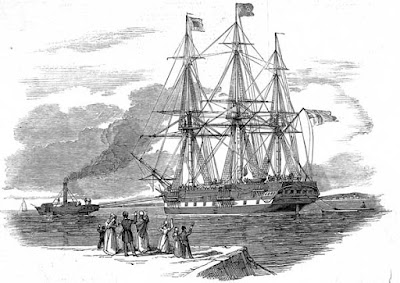