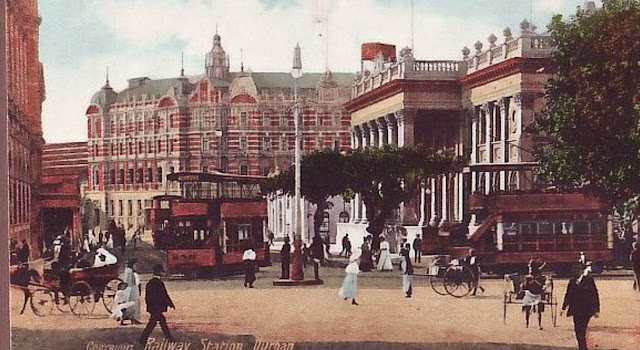 Coloured postcard showing the junction of Gardiner and West Street. The former Town Hall, later the Post Office, is at right, the Durban Railway Station in the background - this photo was taken after two floors were added to the building in 1904.  Miraculously it has survived to the present day while other landmarks have been demolished in the march of 'Progress'. Note the double-decker tram, horse-drawn transport and rickshaws. The tree at right in front of the Post Office was known as Dead Man's Tree, a historic fig tree on which various notices were traditionally posted it was cut down in 1958 by order of the Durban City Council.

We are fortunate to retain the Old Court House in Aliwal Street, which was once marked for demolition to provide a councillors' parking lot.  It was saved from this demeaning fate largely through the efforts of Mrs Daphne Strutt who would become curator of the museum established in the building. Later (1965) the Local History Museum, this was originally Durban's first public building dating from 1860 and it is a pleasure to see its fine colonial lines and lantern ceiling still proudly giving testament to the optimism and confidence of early Natal. 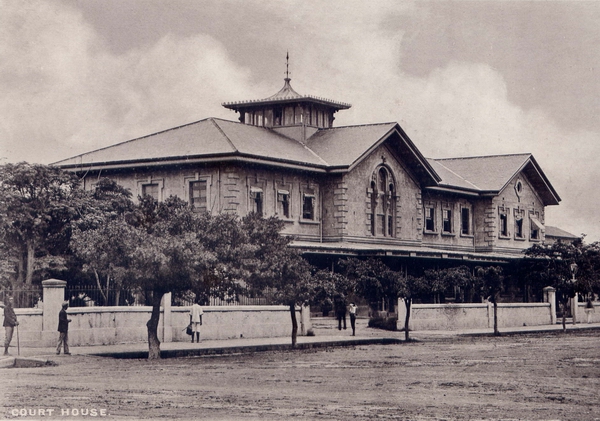 The Court House after the two wings were added.  It was Durban's Court House from 25 April 1866.  For 44 years it was the centre of legal activity in Durban. Today it houses the Local History Museum. 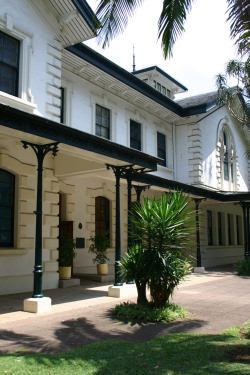