William Caithness Bell and his brother Alfred Douglas Bell, grandsons of Captain William and Mary Ann Bell nee , are missing from their family’s entry in the 1891 UK Census. Parents James Colquhoun Bell and Sarah nee Clark are at home in  Shields, with their other children ranging in age from 11 years down to the infant . Where were William and Alfred, then aged 15 and 14 respectively, on Census night, 5/6 April 1891 - perhaps away working, possibly apprenticed to a trade?

These would be reasonable assumptions but the truth is that, unexpectedly, the two boys are listed elsewhere. On that date they were guests of the North Eastern Reformatory, Netherton, near Morpeth, Northumberland. 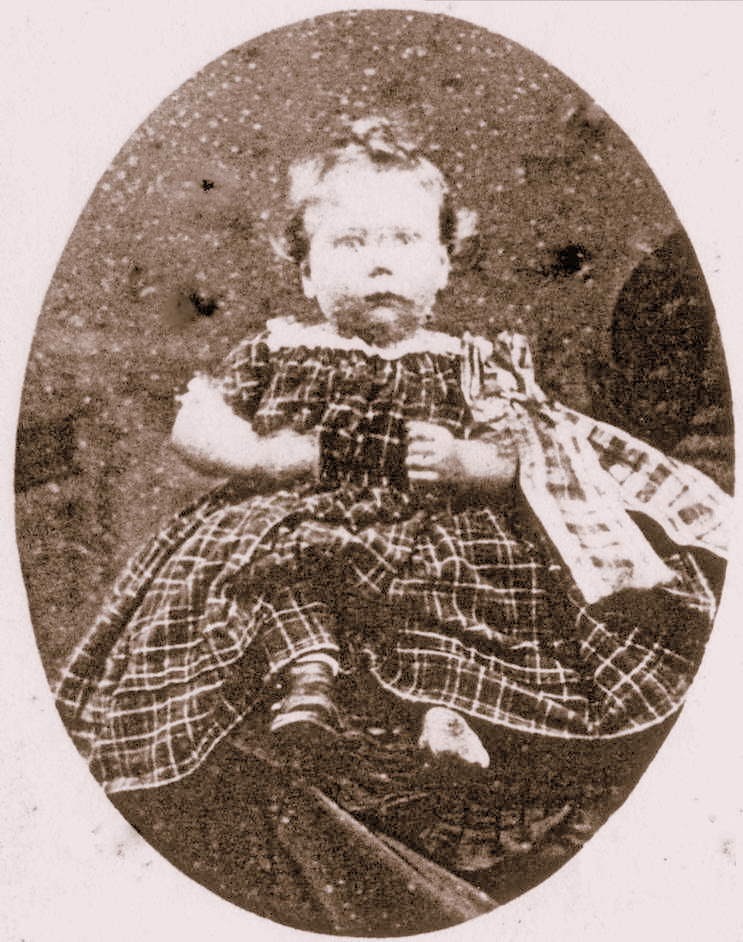 William Caithness Bell was born when his parents were living in    , .

A photograph of him in a dress (as small boys were before being ‘breeched’) and wearing only one shoe, shows William as bright-eyed and chubby-cheeked. Unusually, there’s a date written on the back of the photograph, 9 November 1876, so William was a year old. Tartan or similar checked fabric was a popular choice for children and there are yards of it in William’s outfit, complete with a large bow, as if he’d been gift-wrapped.

By 1881 William (5) had two younger brothers, Alfred Douglas (4) and James Colquhoun Bell jnr (1). Ten years later the family were in , probably having moved there due to work opportunities for James snr: he was a ‘Marine Enameller’. Additional children had arrived in the interim and seven are listed in 1891: James jnr (11), Hester, Henry, Ellen, Victor (his full name was Sturgeous Victor), and .Bell.

Local newspapers provide nuggets of information about the absent sons. On 31 December 1890, a brief report appeared in the Shields Daily Gazette:

Today's Police News: Pigeons.—William Caithness Bell (I4) and James (16) [no surname given]were charged with stealing two pigeons, the value 3s, the property of Charles Temple, joiner, . James Townsley, pigeon dealer, Mill Dam, said the elder lad brought the birds to his shop and he bought them from him. Fined 5s and costs each.

This was a relatively minor brush with the law, but there had been at least one previous misdemeanour in October 1890 and William was soon to be in the news again. In February 1891 he and Alfred were charged with three separate incidents of breaking and entering. The  brothers were duly sentenced and served two weeks in prison after which they were sent to the North-Eastern Reformatory for four years.

It seems a harsh punishment, though in an earlier era they might have been transported or worse. As the 19thc neared its close, there was a slightly more enlightened view. Juvenile offenders, especially those who had appeared before the court more than once, could be placed in Reformatories and hopefully redirected onto the straight and narrow path. These institutions weren't holiday homes, as entries in the Punishment Book for 1891 reveal, and the cane was frequently used. 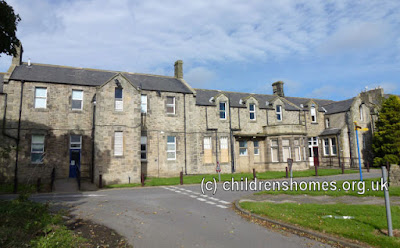 The  for Boys was founded in the mid-1850s, moving to a site at Netherton near Morpeth in 1859. By William’s and Alfred’s time there would have been 210 boys at the Reformatory. From 1933 the establishment became the Netherton Training Approved School.

Alfred Douglas Bell’s further adventures remain unknown but William Caithness Bell emerged apparently unscathed after his four year stint, marrying a Durham girl, Elizabeth Mankin, in May 1900 and settling down to raise a family. William was ‘in work’ at the shipyard. By 1911 they had a daughter Victoria Josephine and a son named James Colquhoun Bell (the third in that line), evidence that William valued family tradition and that his life was back on track.