The Last of the South African Lighthouse Keepers 1

A long dynasty of Lighthouse Keepers stands proud in our South African history. Some families have had three generations follow one another and here, close to home, from the late 1860s to early 1880s, Rosemary Dixon-Smith’s own great-grandfather, Thomas Gadsden, was Keeper of the Bluff Light Durban. In the late 1870s he was promoted to Head Lightkeeper and alongside him, as Assistant Lighthouse Keeper, was his brother-in-law, D W Bell.

In this series of anecdotes to preserve the manned history of South African lighthouses, as well as to recognise and honour our Lighthouse Keepers and those closely associated with lighthouse life, we hear evocative stories from their ancestral lines and from our few remaining, active, Lighthouse Keepers.

The Lighthouse Keepers had to be men of resilience, often supported by their wives, children and colleagues.  Men of strong character with total commitment to duty, Keepers and their families would face the harsh realities of loneliness and isolation, danger and wild weather, and on occasions, experience shipwrecks and the loss of lives.

It is this solidarity and the common purpose of these men and women that brings to mind the Latin inscription which I read on the etched glass panels set into the heavy cedar door of Cape Byron Light, , : 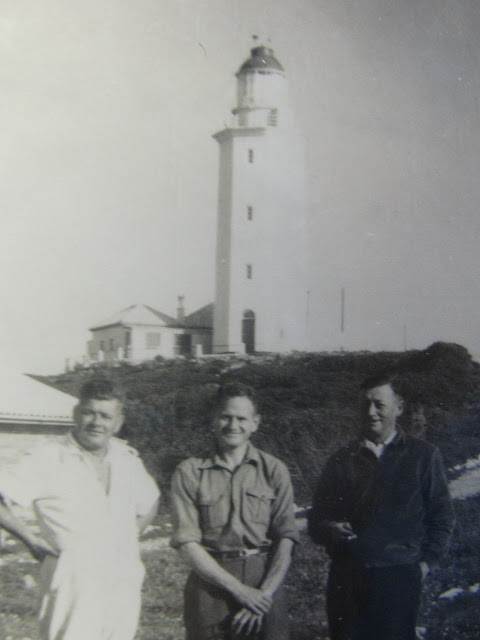 Along every coastline, these men and women have kept vigil at the numerous lights around the globe. Throughout the world on stormy nights, with howling tempests, their nocturnal duties have ensured that those searching beams have swept out and across the sea, guiding sailors along their coastal courses. Many a captain would have felt a sense of relief in sighting a light after the deep darkness and dangers of foul weather.

These lights, with their engaging, resilient and dependable structures, fully exposed to all the elements, stand firm against screaming winds and thunderous seas, defying Nature’s wildest tantrums. Bearing testimony to this durability was the Lighthouse of Alexandria which, having been built in the 3rd century, stood for nearly 1,500 years. This is the maritime history that is nearing its end, as the men and women of these South African lighted towers continue to be replaced by the mechanical automation of our modern technology.  Their stories are part of each of us and before they are lost, we will record them for posterity.