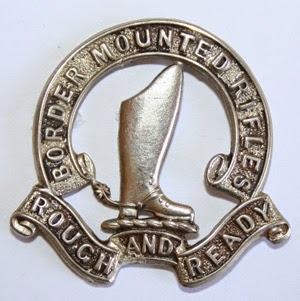 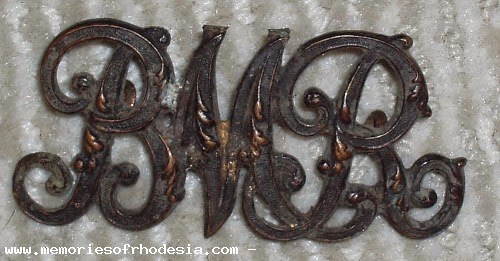 A badge of the Border Mounted Rifles  Boer War era. This is a slouch hat badge in which the Crown has been removed and then used as a collar/shoulder insignia, as was common practice of the day. There were two designs, one with the Victoria Crown between 1894 & 1901 and then the Kings Crown between 1902 & 1914. This badge appears to have been the earlier Victoria Crown design. 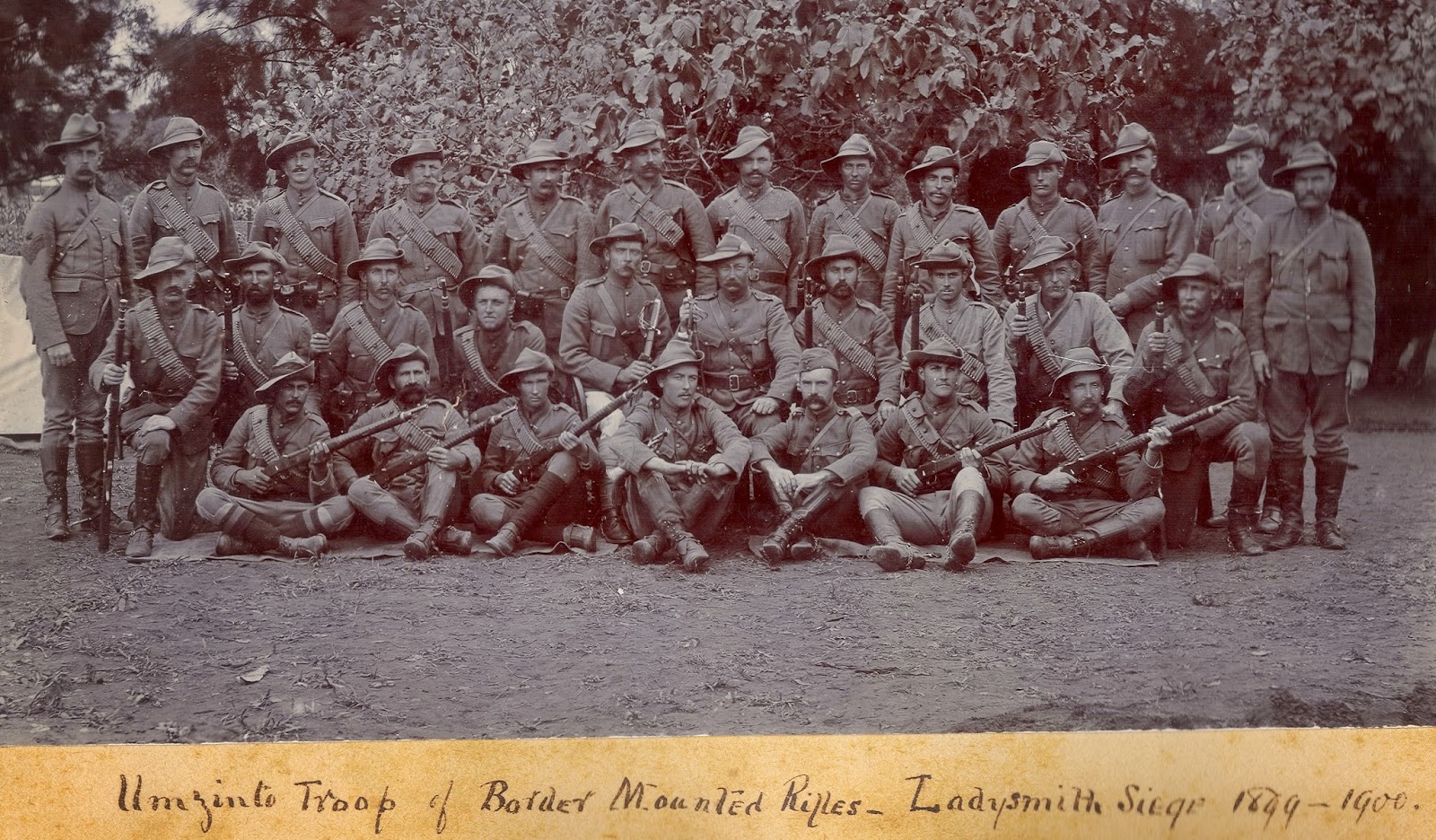 For a list of BMR serving in the Anglo-Boer War see Mole's Blog at
molegenealogy.blogspot.com/2012/09/boer-war-border-mounted-rifles-list.html

* For the story behind the Boot and Spur and BMR Motto see the Regimental History page 52
'Rough but Ready: An Official History of the Natal Mounted Rifles and its Antecedent and Associated Units' by E Goetzsche.
Posted by Mole at 9:22 AM