IN MEMORY OF THE BRITISH OFFICERS AND MEN
who died in the Intombi Camp between November 1899 and March 1900
Erected by the South African War Graves Board
'As in Adam all Die, so also in Christ all be made Alive'
1. Cor. 15: 22 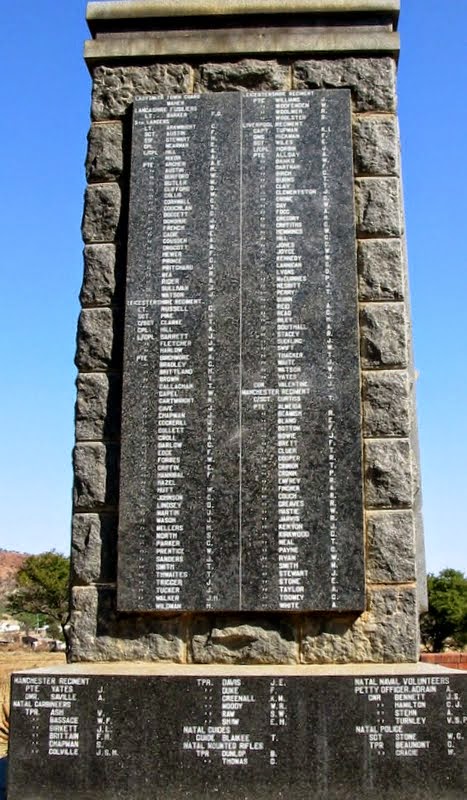 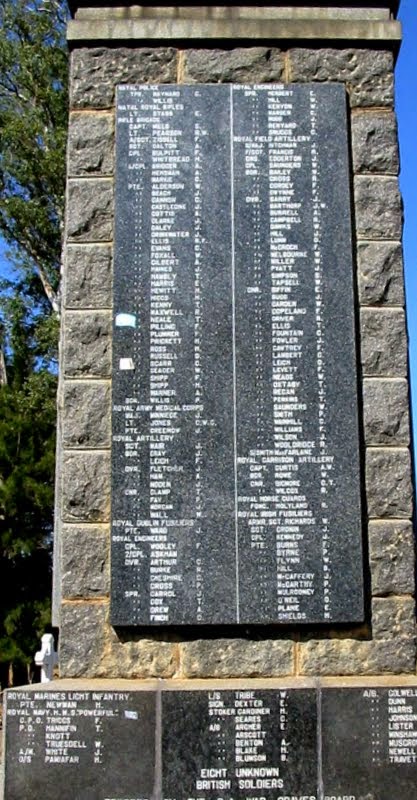 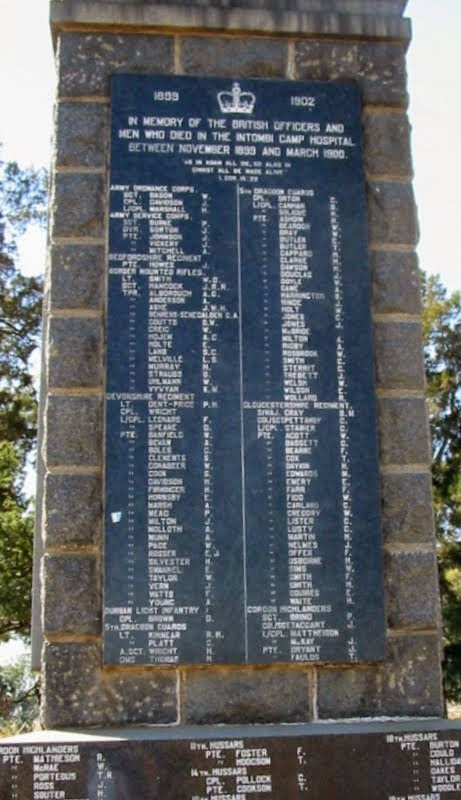 Dedicated to Alfred D Alborough born March 1872 and died at Intombi hospital outside Ladysmith on 14th March 1900 from enteric. Alfred was a Trooper with the Border Mounted Rifles.
Son of William Alborough b15th Dec 1835 Norfolk d13th April 1892. William is buried at Boston Natal. Mother was Anne Elizabeth Sleightholme b1846 Sleights York d19th August 1877. William and Anne met in Natal and married on the 9th June 1863. They had 6 children, Albert Parker, John, William, Henry, Alfred D, Walter and Charles.
Note William Alborough arrived in South Africa on the 20th May 1855 with his father William Alborough senior and a sister Jane. Jane married a Robert Bloy and the descendants of this family still live in Natal
Intombi Hospital, Ladysmith 14 March 1900. From the diary of HE Fernandez Medical Officer at the above hospital: 'To tell you the truth, this place with all its horrors and misery and worry is beginning to get on my nerves. Every one of our Staff of Doctors has gone except Buntine, who still keeps on. Ladysmith itself (4 and a half miles away) In my big marquee about the same time I lost a man named Alborough quite unexpectedly whose brother was sent away from here a few days ago with the most hopeful account of the patients condition.'
Anyone interested in the Alborough surname may contact Derek Austin for copy of scanned handwritten family tree:
dubbin_1@bigpond.com
Note: Alborough's name is among the Border Mounted Rifles on one of the large memorials shown above. As he was not buried at Intombi Cemetery there is no separate grave or Memorial Inscription for him there.
Posted by Mole at 6:02 AM