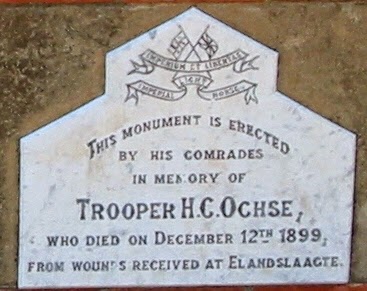 ORLEBAR, William Aubrey - 2nd Lieut XIX PWO Hussars
youngest son of the late Cuthbert Knightly and Emily Orlebar
d. at Intombi 17 Feb 1900 during the Siege of Ladysmith aged 21 years
'To be with Christ, which is far better'
Erected by his brother officers