JL Dohne was born in 1811, Zierenberg, Kassel-Hesse. Archive material from that time period is very scarce, because Kassel was extensively bombed during the Second World War. However, my cousin Angus Mackenzie, did find an archive document listing JL as the son of Johann Dohne and Louise Spangenberg.  Johann Dohne in one German source was alleged to be the provisioner at Wilhelmshohe Palace (Elector Wilhelm). That seemed fair enough until I thought again about his level of education. A provisioner might at a push have been in a position to provide such an education, or perhaps he was recognised as academically gifted and 'sponsored'?

So I started to search and discovered that there is very little about Dohnes in general during that time period. The name Dohne, to add to complexity, can be represented by a wide variety of different spellings, including Thone, Doehne, Dohna, Dowhne etc. I found Dowhne connections between JL and Elizabeth von Dohna (and Ferdinand Hoffman), one of the core ancestors of many European Royal families.

That sparked my interest further and I looked for associations. Viscount Jeschke von Dohne zu Meissen lost titles and properties in a dispute with von Korbitz. There was even a source suggesting that the Dohne line was involved with the Crusades. 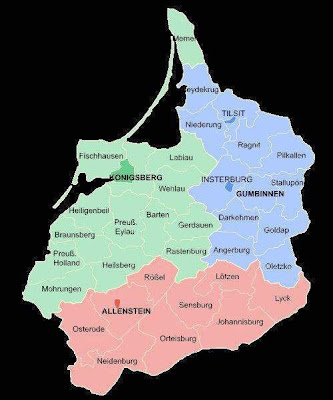 However, the most interesting discovery was the reference to Count Dohne. According to the story, Count Dohne had a son Jacob Ludwig (born 1811) on the Russian front during the Napoleonic wars. Apparently his wife died and an ‘orphaned’ JL Dohne was brought back to Wilhelmshohe (1814) in poor health. Count Dohne at the time of JL’s birth,was fighting on the Russian side against Napoleon, based at Gumbinnen, Stalluponene. Gumbinnen (near present-day Konigsberg) fell within Kaliningrad and only became part of Germany again after the reunification of Germany, 1871.

Count Dohne was from Wartburg Castle (the very name Dohne chose when he named his farm in Natal), and was descended from Ludwig von Thuringia und Sachsen. The sister castle to Wartburg, Eichenach, hosted the refugee Luther, where he was alleged to have thrown his ink pot against the wall in frustration.
Although Count Dohne was Prussian, this family line had close family ties with Kassel-Hesse, and Elector Wilhelm. What’s more it is no accident that Caroline Dohne married Joseph David Otto Sachse, a von Sachsen – connected with the Thuringia line. It is therefore no surprise that Dohne grew up at Wilhelmshohe, privy to a full and illustrious education. This would account for his somewhat independent, confrontational and arrogant spirit.

His military academy education at Breslau (sharing an address held by his uncle, Colonel Dohne) makes sense, considering that the Wartburg nobility used the Breslau Military Academy. Dohne, in fact held the rank of Lieutenant. The Thuringia und Sachsen line provided Teutonic Knights for the Crusades. Although there is no direct link between the Teutonic Knights (as there is with the Knights Templar) and Freemasons, it was no secret that many of the German nobility belonged to the Freemasons’ ‘brotherhood of influence’.
In fact Elector Wilhelm was a Freemason along with Mayer Rothschild, his financial advisor and ‘bank’ during the Napoleonic occupation (Westphalia). JL was a Freemason and used the secret name saddle maker. A branch of the Dohnes had a saddle and shoe making business in Ratzeburg,Schlewsig-Holstein, with a famous bridle clasp.

I’m inclined to think that Dohne used the name saddle maker because of the renowned clasp. Dohne’s Chapel has a Freemasons' sign prominently displayed (see photos below). I believe that the Berlin Missionary Society had an agenda beyond spreading Christianity in Africa. During the early 1800’s the Lutheran Church became a symbol of German nationalism and an organ of the State. It would be no surprise to me if the Freemasons were an extension of this and as a secret society, a political tool to establish more than mission stations in the new world. After all mission stations became towns and centres in Africa.


But whatever my thoughts on the subject, JL Dohne was a dedicated missionary and scholar who made significant contributions to understanding the Xhosa and Zulu peoples of South Africa. His translation work created the foundations for those who followed in his footsteps. JL never returned to Kassel-Hesse, but his farm Wartburg symbolized that for every man his home is his castle.