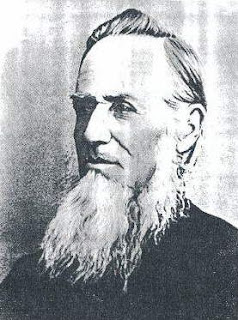 DOHNE was primarily a missionary but his work extended far beyond the boundaries of conversions.  He was a lexicographer (art of compiling dictionaries) and philologist (study of languages in the historical sources), systematically starting the process of translating portions of the Bible into Xhosa and Zulu.  He was meticulous and shied away from expedient translations, in search of the complexities of word usage and meaning.

He compiled a detailed Zulu English dictionary (10 000 words, published 1857) and one critic remarked “It is not only the first dictionary of a South African tongue that can claim any approximation to completeness, but is also a living monument to the author’s industry, careful observation and unfaltering perseverance”. The dictionary was dedicated to Sir George Grey, to whose patronage the publication was largely due. The dictionary was regarded as a standard work for some considerable time and only by 1905 was it replaced by a more detailed work of AT Bryant.

He wrote educational books, rhymes and hymns in Xhosa for his students at Bethel. He identified the species of sourveld grass that was problematic for livestock. Dohne merino sheep (able to digest the sourveld better than other breeds) and the Dohne Agricultural Institute were named after him. His first publication was a Xhosa Catechism (1841). ‘Kaffraria and its inhabitants’ was published in 1843. Later in Natal he assisted with in-service training of new missionaries. He helped a local business as their paymaster. He was chairman of the Natal Missionary Committee. He conducted marriages of missionaries. He schooled new missionaries in Zulu. Dohne was moderator for the Berlin Mission Synod in Natal. He submitted testimony to the Natal Commission into Native Affairs – based on his knowledge of the people.

All in all he had a full and meaningful life, making a significant contribution to the inroads of Christianity into Kaffraria and translation work of the Bible. He was also a dedicated husband and father: Berthe Gohler (1839), Auguste Kembly (1845 - died, leaving him with two children) and finally Caroline Watermeyer and their nine children. The eldest of the nine children, Caroline Dohne (1848) married Joseph David Otto Sachse (my direct ancestors).

But if one looks at Wikipedia or other sources on JL Dohne there is very little about his childhood, early years and who the man Dohne actually was. When I read the much-quoted passage 'Dohne was a saddle maker who found his way to Berlin', it struck me as odd. Compounding this I found the reference 'tutored by Gossner' equally strange.

Jacob Ludwig Dohne was a brilliant linguist and academic, fluent in English in addition to his native tongue, German. He also studied Hebrew, Greek and Latin. In 1820's and 1830’s Germany it would have been highly unlikely that a saddle maker would have this level of educational grounding. Further to this, Gossner was a 'renegade' tutor in Berlin, focusing on poorly educated recruits, whom he schooled in the basics of the Bible, and shipped out to Australia. Gossner’s first ordained missionaries took place in 1837, the year after Dohne had left for South Africa. Also Dohne was unable to work with or process leather to make shoes whilst in Kaffraria, and in fact requested artisans to be sent out to teach the people. If he were a saddle maker, he would have had these basic skills.

I really dont know about Dohne honestly but thanks to your post I've learn.

Positive feedback always welcome, xtinita, thank you for your comment and keep visiting. Glad you enjoyed the posts on Dohne: he was a remarkable man.
Mole