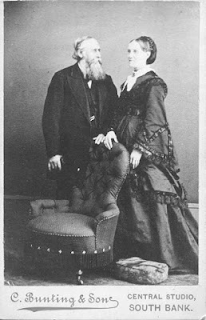 2) The two former tiny villages of Eston and Normanby,  which lay very close to each other, are now united by housing development and are now part of Middlesbrough.

3) Bond Street still exists and is in the very centre of the city.

4) The Methodist New Connexion also then known as “Kilhamite Methodism” was formed in 1797 by secession from the Wesleyan Methodists by Alexander Kilham who believed that too much power was in the hands of its ministers at the expense of the laity.

5)  Report in the local newspaper “On Tuesday morning last, Mr. R. Garbutt, merchant, laid the first stone of a new Sunday School, now erecting at this place, Mason Street, inclosed in which (the stone being divided) was deposited, in a lead box, a plate of brass bearing the following inscription ‘ WESLEYAN METHODIST SUNDAY SCHOOL, for the children  of the poor of every Denomination.  THE FIRST STONE LAID  on Tuesday 26th August A.D. 1817’.  The size of the building within is 50 feet by 50 feet;  and there are two storeys, one intended for the reception of the boys and the other for girls and capable together of containing about 800 children”.

7)   Latona is a town  in Ontario on the Great Lakes.  I found a report of a vessel of this name, trading between England and Canada which on 16.11.1832 was wrecked by another ship running into her.  All hands were  saved.  I cannot be sure that this is the ship referred to by Capt Brown.

8) Merimachi.  I think he must mean Miramichi which is a port in New Brunswick on the Canadian Atlantic coast.

9) George Yard (see picture) is in the centre of Hull by the River Hull.

1110)  The Hull Flax & Cotton Mill was founded in 1836 by Joseph Rylands having left his father’s business in Manchester.  His father’s business was to become one of the largest manufacturing companies in the U.K. but Joseph’s enterprise did not do as well

1111) This was a charity formed in 1817 to provide sailors somewhere to pray.  The first floating chapel (a hulk) in the Thames was provided to “promote their religious instruction, moral reformation and eternal happiness”.  Other floating chapels were established throughout the Colonies.

1414)  There was a Protestant Church in Malta, the corner stone having been laid by Queen Adelaide, the wife of William IV, in March 1839.  A report tells that Rev. T.N. and Mrs. Hull from Ireland arrived there in 1838.

11 15) The Bethel Flag was first used about 1817.  Hoisting it on arrival at a port became the way of announcing that religious services would be held on board and was used by various  Christian organisations.  Bethel means House of God.

1116)   The Dandie Dinmont was an iron built schooner of 225 tons built in South Shields in 1848.  The owner was George Cammell of Hull.  On a voyage from Newcastle to Memel with a cargo of coal she was wrecked off Borholm on 18.3.1850 after being “put back” because of ice.  Memel is a port in the present day Lithuania in the Baltic. There is a painting (attached) on which is inscribed “To George Cammel  Esq. of Hull.  This print of the iron built clipper schooner Dandie Dinmont respectfully dedicated  by his old servant John Ward.  John Ward of Hull (1797-1849) is described as “the leading marine artist and ship portrait painter in Hull during the first half of the 19th century”.

1717)   Bornholm is an island in the Baltic about 20 miles in length belonging to Denmark but about 180 miles to the east of the Danish mainland.

1919) The Mariners Society was founded in 1839 and is now a charity providing vital financial support  and practical assistance to merchant sailors, fishermen and their dependants in need.  In 2019 the charity distributed £i.4 million in grants.

2220)   Samuel Bullard and David King founded Bullard, King & Co in 1850 with a fleet of sailing ships trading between London and Natal under the flag of the White Cross Line.  In 1860 the first advertisements began to appear in the newspapers regarding the White Cross Line.  The first clipper in the Line to arrive at Natal had been the barque Priscilla – later a regular service was established.  The Priscilla is stated as having made the fastest passage from Natal to England at that time – 52 days in 1863.

)    22) Blythe Bros.  Actually Blyth Bros;  founded in 1830 to deal with all matters related to shipping in Mauritius.  Nowadays Ireland Blyth Ltd is the second largest business in Mauritius handling shipping, insurance and providing agency services for the sugar trade.

2 223) Isle de France is the former name for Mauritius which became part of the French Empire in 1715. It became an important base for French naval vessels and because of continuous raids on British shipping the British attacked it in 1811.  It was ceded to Britain in 1814.

2224)  Ira David Sankey (1840-1908) was an American gospel singer and composer of hymns.  He was in partnership with Dwight L. Moody as evangelists and from 1870 held a series of evangelistic crusades in the USA.  In 1873 they visited the U.K. where they achieved fame.

2  25) Mrs Harriet Atwood Newell (1793-1812) was an American missionary.  She married Rev. Samuel Newell in February 1812 and immediately left for Calcutta where the East India Company refused them entry so set sail for Mauritius.  Three weeks before arrival she gave birth to a child who died after five days.  Harriet died in Mauritius in November 1812.

2  26)  Dr Philip Doddridge (1702-1751) was a non-conformist Doctor of Divinity.  During his life he suffered from ill health and was advised to go abroad to recover his strength.  He chose Portugal where he died of tuberculosis in 1751.