He appears not to have remained part of his sister’s household for long, meeting and marrying Annie Bell on 20 May, 1881, and setting up his establishment elsewhere. Being an employee at the Dynamite Factory, Finlay and his family qualified for quarters in Nobels Villas in . Not as cheerless as nearby , the Villas did not offer any great heights of luxury but they were a secure roof over the Gibsons’ heads and convenient for work at the dinnamit.

www.threetowners.com/recollect/cunningham_b.htm  Bill Cunningham's potted history of Nobels Villas and the conditions in which people lived there. 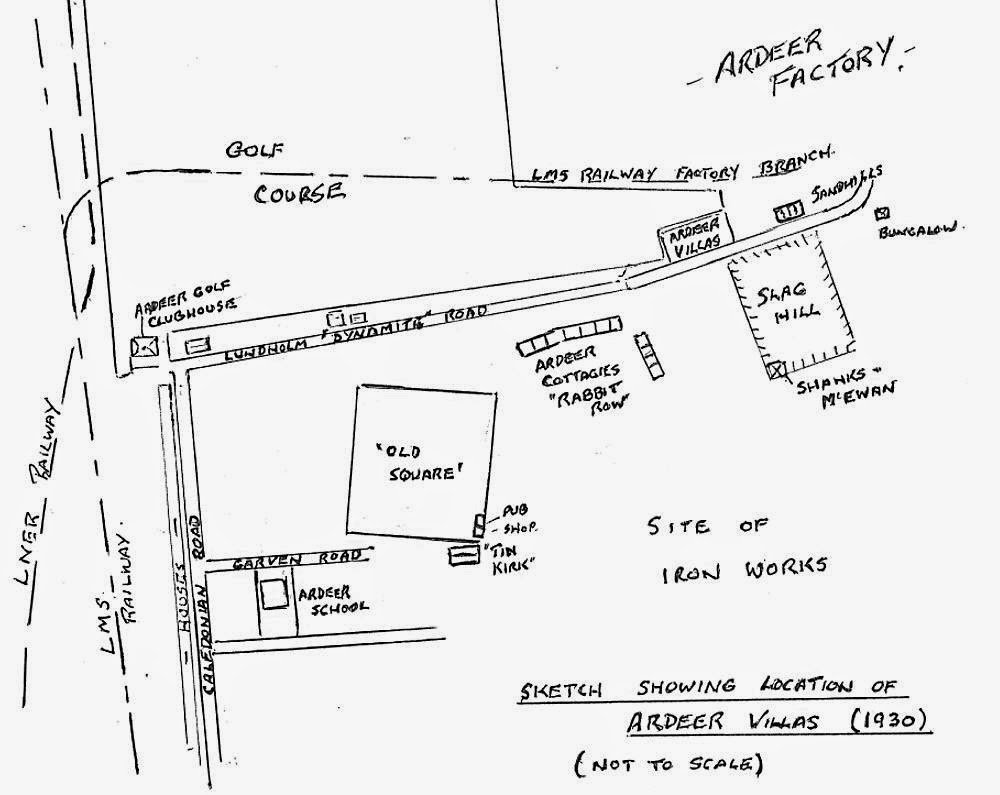 By 1891 Finlay and Annie Gibson née Bell are listed residing there with five children, all born in Stevenston: Ann, aged 8, Catherine, 6, Mary, 5, Margaret, 4, and William, 2. The birthplace of Finlay’s wife Annie is given as Canada (West) and her age as 32 – 16 years younger than her husband – a considerable disparity.

Finlay is described as a British Subject and his occupation given as Gatekeeper.

Annie Bell’s parents were Samuel Bell and Catherine Thomson Ross. Both were English by birth, but Samuel Bell’s father, another Samuel, had been born in .  How Annie came to be born in is another story.

The Gibsons were still at Nobels Villas in 1901, when Finlay, aged 60, was working as ‘Cartridge Foreman’. His daughters, Ann, at 18, and Maggie, 15, were also employed at the dinnamit. Kate (Catherine) was a draper’s assistant and young William was in school.


For readers with an interest in the background, much more about the Dynamite Factory and Stevenston and its environs can be found on the informative Threetowners’ site.

Stevenston historian John Millar's book on the Ardeer Factory is an enthralling in-depth look at this topic. [In the Shadlow of the Dynamite: Ardeer]