William Gibson’s military records show that he emerged unscathed at the end of his twenty-year stint in the army. This might indicate that he did not serve at the hotspots of Isandlwana and Rorke’s Drift, at least, though there were, of course, other engagements during that conflict – many of them less well-known to posterity.

Here, regimental records, combined with William’s own service documents, provide a useful timeline. If it is not known precisely which company of his battalion the ancestor was in it is difficult to be precise about where he was and when. A general picture, however, can be obtained.

Apparently, William did not arrive in until after the two famous battles mentioned above were over. His unit, 2/4th Foot (King’s Own Royal Regiment) had been stationed at North Camp, Aldershot, in the first week of December 1878, when orders were received to proceed to on active service. Perhaps this came as a welcome break for William who had been at since August 1877; now he would see a part of the world he hadn’t visited before.. The change from cold winter weather in to the blazing heat of the plains of and would have been a culture shock for the troops.

Various companies were embarked in the transports and the Teuton, sailing for and . The united companies were marched to Pietermaritzburg from – about a fifty-mile hike in full kit -  and here they heard the devastating news of Isandlwana and the subsequent heroic defending action at Rorke’s Drift. 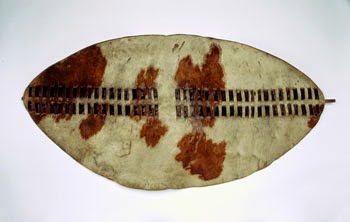 Those desperate engagements might have been too much excitement for William’s taste. There was, however, plenty more to come.

Several companies of William’s battalion were marched to Helpmekaar, and from thence to and Greytown. Other reinforcements still garrisoned in were brought up the coast in the African, a privately owned mailship, and later marched from to Pietermaritzburg and onward up-country. Their route was swarming with the enemy, who kept mainly out of sight. Three companies, with Major Blake and Capt Moore, were surrounded by a Zulu impi but were not attacked. The battalion was distributed over a wide area, including the district, Luneberg etc and on 28 March were involved in the battle at Inhlobana Hill. Some 2nd/4th casualties were incurred at Kambula.

Shortly before William had left he had been promoted Sergeant on 25 November 1878. This step-up lasted only until 11 May 1880 when William misbehaved again (details not given), was sent back to Preston in and subsequent to a trial he was reduced to the rank of Private on 2 June 1880. He forfeited 1d pay.

It was the end of the Zulu War for William as well as the end of his army career: he took his discharge on 17 August 1880, while his battalion went on to distinguish themselves in further action during the closing stages of the conflict.

William Gibson was certainly not cut in the heroic mould but was one of those hundreds of ordinary British soldiers who fought ‘’s little wars’, more out of necessity and circumstance than any feelings of patriotism or duty. Perhaps this makes their contribution all the more laudable. Despite the odds and any personal fears, they were prepared to ‘Stand To’ in the face of a warlike foe which was fiercely defending the Zulu homeland. William was finally able to retire peacefully to Ayrshire together with his brother and their sister’s family. After the vicissitudes of his twenty years’ service he would have been entitled to draw his army pension. I believe he had earned it. 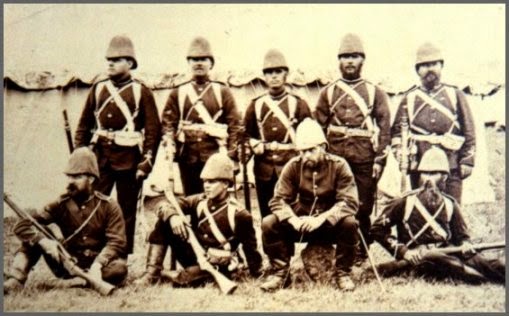 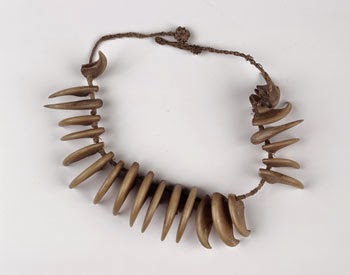