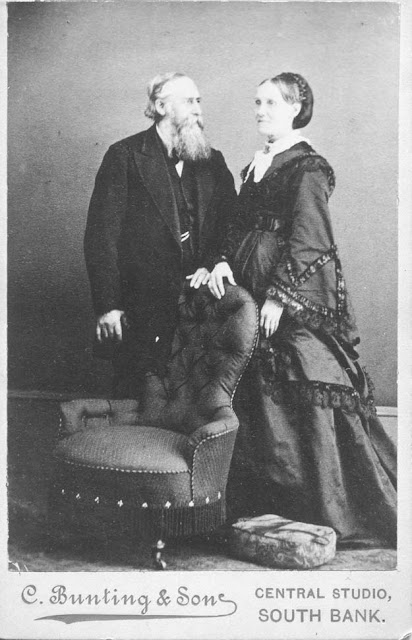 Brown commanded the clipper barque Priscilla which brought my great great grandfather, Thomas Gadsden, to Natal in June 1863. The Priscilla, one of the earliest of the White Cross clippers (others were the Silvery Wave, the Verulam, Isabella Hartley and Burton Stather) was a frequent visitor to the Colony during the 1860s and 70s.


SOUTH BANK, formerly called Tees Tilery, is a rapidly increasing and populous market town in this township, having a station on the Darlington and Saltburn line of the North Eastern railway, and is distant three miles from Middlesbrough. (Bulmer's History and Directory of North Yorkshire (1890).