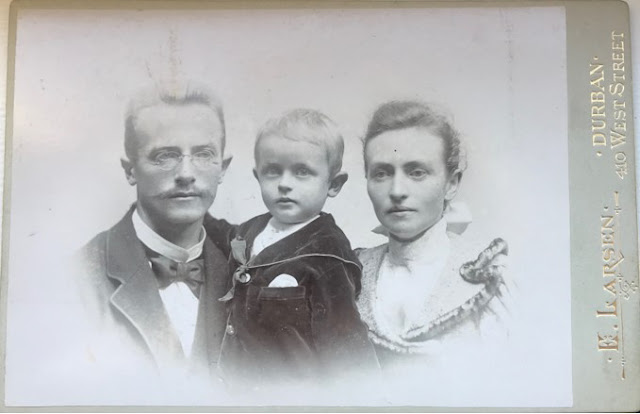 This attractive family portrait was taken by Emil Larsen, the Natal photographer.
(See more about him elsewhere on this blog.)
The dates given for his premises, 410 West St., indicate that the photo was
taken between 1900 and 1904. It is likely that the family is Norwegian but
the owner would be grateful if anyone could put names to the people in the  picture.

The owner states: this photo belonged  to my grand-aunt Adolfa Marie Nilsen Øvald (Oevald) from Porsgrunn in Norway, born 1890 and died in 1975. Her father was Halvor Martin Nilsen Øvald, died in 1901 on board his ship Coimbatore.

Comments would be welcomed.